As institutional investors leap towards Bitcoin (BTC), former deputy governor of The Central Bank of Iran (CBI) Nasser Hakimi warns of people’s risk betting all their capital on the biggest cryptocurrency by market cap.

During an exclusive interview with Tasnim News Agency, Hakimi said the Iranian government should have definite regulations to oversee the use of cryptocurrencies. Otherwise, a financial disaster could happen.

Risks of investing in Bitcoin

He urged the people to be cautious in buying Bitcoin, citing the legal risks of trading crypto assets and the substantial fluctuation of prices in the absence of a regulated crypto market.

It is not the first time that Hakimi sounded the alarm against digital assets. In 2017, he also warned investors to be cautious in purchasing Bitcoin and other cryptocurrencies.

“We ask investors and the public to enter this field with increased caution because they could lose their money,” he said. “Mechanisms of control and supervision over the supply of cryptocurrencies are being implemented through the collaboration of the central bank and other related entities, but the people must familiarize themselves with their risks and dangers on the demand side.”

Hakimi again warns against investing in Bitcoin as the flagship cryptocurrency set new records months after the third halving. Unlike in 2017, however, a growing number of big investors are now allocating part of their portfolio for BTC and other digital assets.

Established financial companies like PayPal and Fidelity have jumped into the Bitcoin bandwagon. Tesla’s announcement that it bought $1.5 billion in BTC and will accept the cryptocurrency as payment sent waves that led to Bitcoin hitting fresh all-time highs.

“When you look at this bitcoin rally that we have been seeing in the last couple of weeks and months, really, there’re two big elements driving it. One is the continuous entry of institutional players,” he said. “There’s a lot of regulated players as well. This was not the case a couple of years ago.” 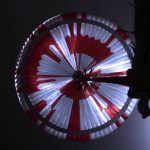