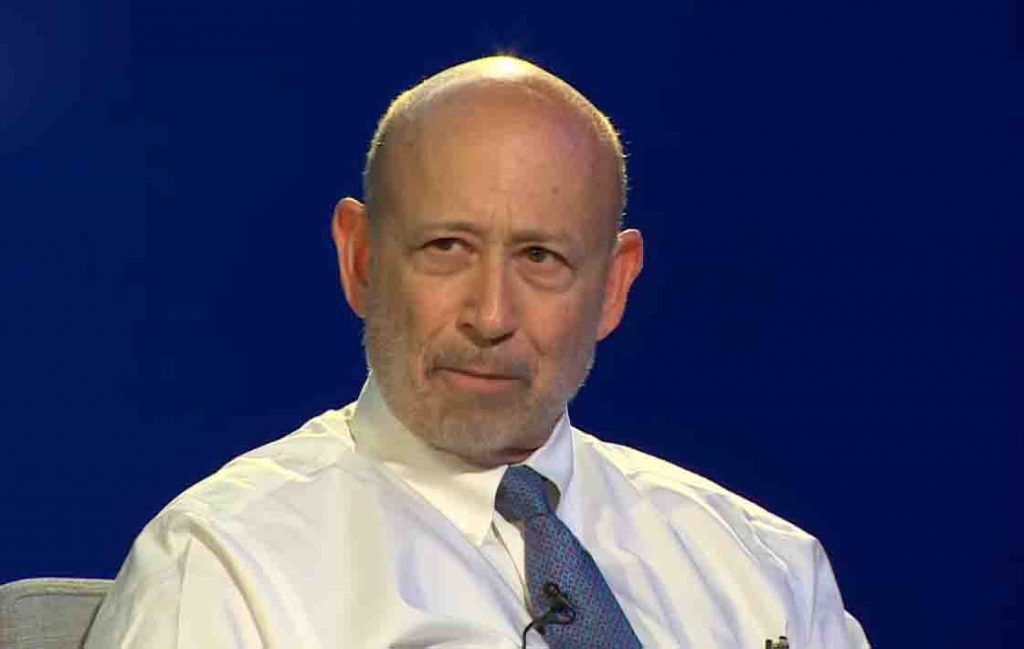 Former Goldman Sachs (NYSE: GS) CEO Lloyd Blankfein has acknowledged that cryptocurrencies are evolving, a change of opinion after he initially showed skepticism towards the sector.

Speaking during an interview on CNBC, Blankfein indicated that the sector is maturing despite the market undergoing a phase of high volatility.

He stated that the trillions of dollars pumped into the market cannot be ignored and points to a growing ecosystem.

At the same time, the former executive stated that despite the current Bitcoin price drop, the asset’s underlying value is beneficial to the general financial sector.

“It’s lost a lot of value, but at a point where it’s trillions of dollars of value contributing to it and whole ecosystems are growing around it. Of course, we have the benefits of instantaneous transfer and reduction of credit risk and all the benefits of blockchain. <…> What is happening?’ And I look at the crypto, and it is happening,” said Blankfein.

Previously, Blankfein criticized cryptocurrencies while calling for strict regulations of Bitcoin and the general market. He questioned Bitcoin’s store of value status after the asset recorded a significant rise in value.

“I may be skeptical, but I’m also pragmatic about it. And so guess what? I would certainly want to have an oar in that water,” he said.

The growth of the asset over the past year was fuelled by the entry of institutional investors into the sector. Despite the current price correction, Goldman Sachs recently projected that Bitcoin might trade at over $100,000. The bank stated that Bitcoin would continue taking the market share from gold, the presumptive store of value.

In general, market analysts believe Bitcoin is destined for a bright future. As reported by Finbold, Perianne Boring, the Digital Chamber of Commerce CEO, suggested that the fundamentals show that Bitcoin is undervalued.

Perianne stated that investors intending to get involved in Bitcoin should not be concerned with the price but look for fundamentals that she termed were stronger than ever.