The London stock market witnessed a huge rally on Friday the 13th of March after policymakers took serious actions to restrict further economic blows from the prevailing coronavirus pandemic.

This rally comes a day after the FTSE 100 (FTSE) witnessed its worst sell-off market since the 1987 “Black Monday” burst.

The blue-chip index rose by 2.46% at the close of the market on Friday after recording its worst trading week since the 2008 global economic crisis. The rally on Friday was mostly aided by miners and supermarket chains listed on the index.

A Recap of the Week

Equities across the globe got pummeled on the 12th of March following an announcement by the United States President, Donald Trump, declaring a travel ban on Europe alongside the ECB’s decision to hold off on interest rate cuts. This instilled liquidity fears in investors which inadvertently triggered a sell-off.

Emergency hedgings including the BoE’s 50 basis point interest rate cut and the United Kingdom government’s proposed £30 billion stimuli have failed to give investors any reassurance concerning the nation’s economic growth. Investors and traders are now waiting on the United States lawmakers and the White House to agree on a stimulus package.

Also on Friday, Prime Minister, Boris Johnson announced that the proposed May local and mayoral elections in the country had been postponed for a year following growing coronavirus concerns.

Top Gainers and Losers of the Session

Overall, travel-related stocks continue to receive the hardest blows with Carnival Corporation (LSE: CCL) dropping 9.93% which represents its lowest point since 2009. This drop occurred after its subsidiary, Princess Cruises, announced that it would be suspending all voyages of its fleet for the next two months. Carnival closed the session at the bottom of the index, followed by travel company TUI (LSE: TUIT) which dropped 6.54%.

Online supermarket, Ocado (LSE: OCDO) closed the week 5.44% higher and was the only weekly gainer on the FTSE. The oil company, Premier Oil (LSE: PMO) jumped 26.77% on Friday, after receiving news on the prospect of realizing $100 million in savings on its annual capital expenditure plan to adapt to the decline in global oil price. 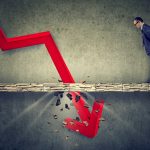 47.18% of Last Week’s Bitcoin Holders Are in Losses