In a series of tweets, Grider notes that Ethereum’s year-to-date revenue has already surpassed the 2020 full-year results. His projections come as the second-largest cryptocurrency surged to a new high of $1,849 by press time.

Grider observed that Ethereum, with the current market cap of about $210 billion, has so far returned $1.75 billion in 2021 revenue. The amount is at least three times more than the $600 million in 2020 revenue.

The strategist further contextualized Ethereum’s expected mining revenue by comparing it to Salesforce. Salesforce under cloud 1.0, with a market cap of $195 billion, has a 25% year-on-year growth while Ethereum with the expected upgrade has a 1,400% year-on-year growth, offering the perfect investment opportunity.

He added that after the ‘EIP 1559’ upgrade, which is greenlit for July, the asset would potentially attract more buying power as the $9 billion of Ethereum’s demand for transaction fees will get burnt. ‘EIP 1559’ is projected to eliminate guesswork from the Ethereum network transaction fees marred with inconsistencies.

According to Grider, Ethereum’s staking activity will also play a vital role in the asset’s revenue. He states that:

“Only 3% of ETH is currently being staked right now. Other PoS chains have 60% or more. As more ETH gets staked, that’s going to reduce supply and create demand for earning staking rewards.”

Based on Grider’s assertions, the revenue will get a major boost by the Ethereum 2.0 upgrade. The upgrade will eliminate the scalability pain point and transition the Ethereum blockchain to a more efficient, Proof-of-Stake consensus.

Ethereum founder Vitalik Buterin has already pointed to the unveiling of rollups as a scaling solution to solve Ethereum’s scalability issues and bridge the gap to ETH 2.0 before sharding is introduced. 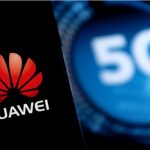