According to the former hedge fund manager, Bankman-Fried is ‘running around the Bahamas’ despite allegations of using customer funds illegally, he said during an interview with CNBC on November 23.

Novogratz noted that it was surprising that the embattled former CEO moved around despite the implication of the allegations. He termed Bankman-Fried’s handling of customer funds as ‘fraud.’

“Sam Bankman-Fried. <…> Certainly did things with our coins that were illegal, and he’s running around the Bahamas giving press conferences going on TV. That whole thing kind of surprises me. I think his day will come,” he said.

“Nobody who participated in that exchange signed a contract that Sam could take your coins and run a hedge fund with them, and you know, that’s fraud,” he added.

Novogratz’s sentiments come as the FTX bankruptcy hearing continues, with customers awaiting a possible way forward to being compensated. As reported by Finbold, most FTX customers were concentrated in at least 27 countries, with China and the UK ranking among the top nations.

Following the FTX collapse, Bankman-Fried has come under the spotlight, with various industry players questioning his conduct. For instance, Tesla (NASDAQ: TSLA) CEO Elon Musk acknowledged after interacting with the former executive that his ‘bullshit meter was redlining.’

Interestingly, during the first day of the bankruptcy hearing, the court heard that the exchange was managed as a ‘personal fiefdom’ with missing customer assets.

In the meantime, lawyers representing FTX told the court that the company plans to sell off healthy business units but has been impacted by hacks resulting in the loss of a significant amount of assets.

At the same time, the hearing’s, presiding Judge John Dorsey issued a go-ahead for FTX to pay its ongoing business expenses but denied compensation to former executives, including Bankman-Fried. Despite the criticism, the former executive has maintained his innocence. 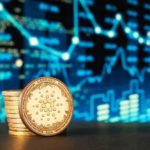