With the consumer price index (CPI) coming in flat month-on-month, some jubilation returned to the broader asset markets, with the S&P 500 and risk assets surging. On the other hand, gold, silver, and equities of mining companies focused on gold and silver were mostly ignored by the rally.

Factors like the resurgence of the greenback, along with aggressive posturing and moves by the Federal Reserve (Fed) in raising interest rates, have weighed heavily on the price of non-yield-bearing assets such as gold and silver.

Thus, gold and silver miners have not had a great year, as Boris Schlossberg, Managing Editor at 60secondinvestor, pointed out on Twitter on August 21, showing that there has not been a worse investment than the gold miners, often represented by the VanEck Vectors Gold Miners ETF (NYSEARCA: GDX) and silver miners, represented by Global X Silver Miners ETF (NYSEARCA: SIL) as compared to the S&P 500 over the past two years.

There is a general belief in the markets that the battle against inflation is won if inflation stops going up; however, there is much more semblance than substance in that statement. The amount of economic pain needed to achieve inflation seen in the previous decade is immense, which indicates that gold prices could stagnate or fall, dragging gold and silver miners with it. 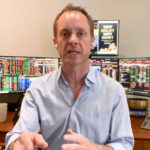 At the time of writing, the gold price is at $1,734.77 per ounce, and silver is at $18.95 per ounce, huge declines from the highs seen in March 2022. For these precious metals to regain some momentum, an increase in demand from Asia needs to be seen; yet, with China facing its own issues, there is little hope of that coming to pass.

All in all, investors need to keep a close eye on inflation, Fed moves, and the strength of the rally in the US dollar to properly predict where gold might be headed and, subsequently, gold and silver miners with it. 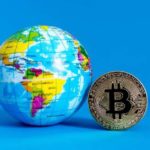 US, Ukraine, and UK lead in overall use of crypto globally, new study reveals