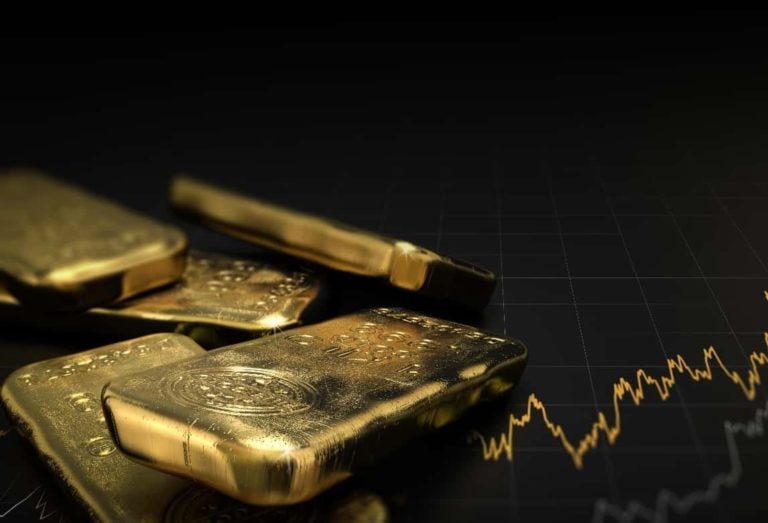 Despite the markets feeling the impact of the lingering geopolitical tensions pitting Russia and Ukraine, the value of gold has soared in the past week.

Over the past seven days, the spot price of the precious metal has gained 4.67% to trade at $1,899, the highest level in eight months.

The impact of the tensions was highlighted earlier in the week as gold corrected shortly when reports emerged that several Russian military drills had finished and troops were expected to return to their bases. The move eased concerns over a possible military confrontation while boosting the risk sentiment.

The reports resulted in minor rebounds for the equity markets which in return slowed the demand for safe haven assets like gold.

Notably, over the last three weeks, the precious metal has made consistent gains with minor corrections at the period the Federal Reserve is planning to hike interest rates as tapering continues.

Although gold is seeking to surge towards the 2020 high of above $2,000, the precious metal’s upward trajectory has been limited by another dominant market narrative around inflation and expected Federal Reserve tightening.

According to some analysts, markets are reacting to the tension by looking out for safe haven assets, and the precious metal appears in a pole position to benefit.

“Gold is seeing some safe-haven inflows as we have geopolitical risks out there and worries around the impact that higher rates are going to have on global growth,” said Chris Gaffney, president of world markets at TIAA Bank.

Notably, most asset classes have been impacted by the possible invasion of Ukraine by Russia. However, gold’s gains come ahead of the expected summit between the U.S. and Russian presidents aiming to discuss and find a solution over the Ukraine issue. In the summit finds a solution, it might dampen the appeal of gold.

The summit has resulted in positive sentiment among investors who are banking on assets considered as a safe haven.

Overall, gold’s price might remain volatile as market participants continue to monitor the Russian situation. At the same time, investors are concerned over prospects of an aggressive Federal Reserve tightening with inflation running rampant to historical levels.