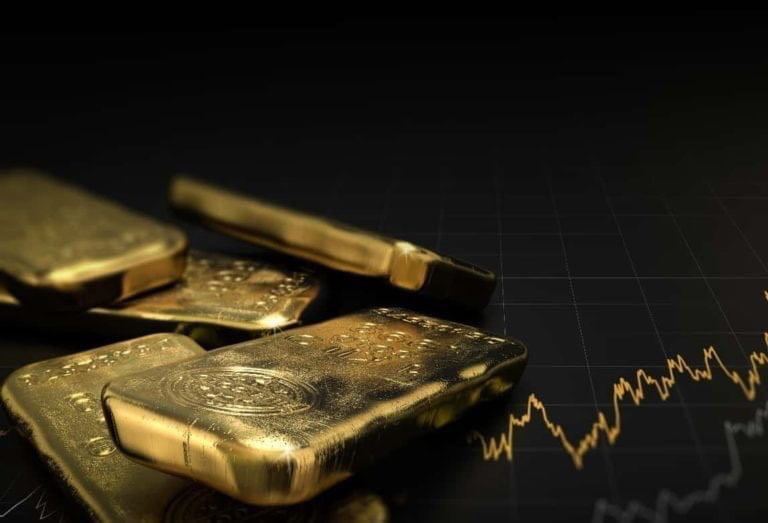 After largely trading in the red zone, the price of gold briefly rallied, powered by fundamental indicators pointing to a slow down of inflation rates.

On Thursday, June 30, the value of gold was up 0.40%, trading at $1,824 an ounce, an indicator the precious metal might emerge from its worst quarter since early 2021, according to a Kitco News tweet which highlighted the rise in the price per ounce.

The short gains coincided with the U.S. annual core PCE price index that hit 4.7% in May, slightly missing the consensus forecast of 4.8%. Notably, the indicator is a key metric used by the Federal Reserve for projecting the course of inflation, which has been skyrocketing in recent weeks.

However, the price of the precious metal has subsequently reverted to $1,806 after reversing direction and losing a significant amount of ground gained during the initial spike.

What’s next for gold?

Despite the short-term gains, the market sentiment for the precious metal remains fragile amid concerns about the upcoming rapid increase in interest rates.

The sentiment has accelerated following significant corrections that have impacted both equity markets and traditional safe-haven assets like gold.

Besides the Core PCE Price Index, gold will be looking forward to the general performance of the U.S. economy, weekly initial jobless claims and bond yields. Additionally, before the current drop, rising yields and the U.S. dollar influenced the precious metal’s underperformance in 2022.

Although the Fed prefers the Core PCE to measure inflation, gold’s price movement will look at the CPI data as a focal point.

Elsewhere, Finbold reported that Tom Palmer, president and CEO of Newmont, the world’s largest gold miner, predicted that the precious metal would likely spike to $2,000 within the next two years.

He notes that the ongoing uncertainty around the world will likely act as a key catalyst for gold to rally above $2,000 towards another all-time high.