Renowned economist Mark Skousen has warned that if the price of Gold surpasses the $2,000 mark, then it is an indicator of inflation getting out of hand.

Historically, Gold is known to be a hedge against inflation. The precious metal over the long term has been able to deliver higher-than-inflation returns. However, amid the current inflation concerns, Gold’s price has remained relatively flat.

“Gold tends to be a leading indicator of inflation, and Gold is moving up, but it hasn’t broken above the $1,900 level. But if it does break that level, and goes from $2,000 to $2,100, that suggests a very serious inflation problem,” Skousen said.

Elsewhere, Gold is witnessing competition from Bitcoin as a hedge against inflation. However, Bitcoin price initially plunged amid inflation concerns.

Furthermore, Skousen disagreed with the Federal Reserve boss Jerome Powell who has remained optimistic inflation will not last long. According to Skousen, inflation is here to stay and will last for a long time.

Skousen’s suggestion follows increased inflation concerns, with economists citing monetary policies and stimulus packages meant to cushion the economy against the effects of the pandemic. Despite inflation rising, it has not impacted the price of Gold.

Furthermore, in the wake of rising inflation, Skousen also shared his concerns regarding the current United States economic growth. The economist questioned the sustainability of the growth, stating that President Joe Biden’s tax plans will be the deal-breaker.

“We’re experiencing a booming recovery, but how long it lasts depends on the Biden Administration’s proposed tax increases and excessive regulation, which will send us back into a stagnating economy. I am hoping that does not get through Congress,” Skousen said.

Current estimates indicate that the Gross Domestic Product (GDP) for the second quarter will grow 9.2%. 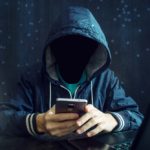