Frank Holmes, CEO of investment management firm US Global Investors, has said Bitcoin’s decentralized nature is the main reason why the cryptocurrency has beat gold in terms of attracting investors, especially institutions.

Speaking to Kitco News, Holmes noted that Bitcoin also has an edge over gold because it’s a private property and portable.

He states that gold had similar features to Bitcoin, further suggesting that digital currency has become a store of value.

“But why are they buying Bitcoin? Because as decentralized, right? The other reason is private property. What’s the other reason because it’s private property and portable, but it’s very important. So it was gold. Okay. So, where are they buying gold? Why, what’s going on here? How come gold investors, in particular, these companies are, they’re not pulling their gold,” said Holmes.

Holmes further noted that Bitcoin resonates well with most investors, especially the young.

On the possibility of precious metals like gold and silver taking off like Bitcoin, Holmes states it won’t happen anytime soon. He suggested that institutions that invest significant money in gold risk getting scrutinized by institutions like big banks.

Furthermore, Holmes believes that Bitcoin has and other cryptocurrencies have leveraged technology to attract investors. He cited social media platforms like Reddit as a critical tool for attracting young investors.

Notably, before attracting institutional investors, Bitcoin recorded an influx of retail investors on a large scale who he suggested were attracted by the asset having a cap on its supply.

Holmes, who was speaking on the sidelines of the Denver Gold  Forum, added that for CEOs to remain influential in both asset classes, they need to reposition their offering to investors.

Early this year, Bitcoin and cryptocurrencies embarked on a bull run with the entry of institutional investors. Consequently, proponents have continued to push Bitcoin as a replacement for gold.

Amid the comparisons, the gold price has stagnated, attempting to hit a new record price. 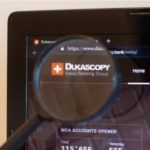