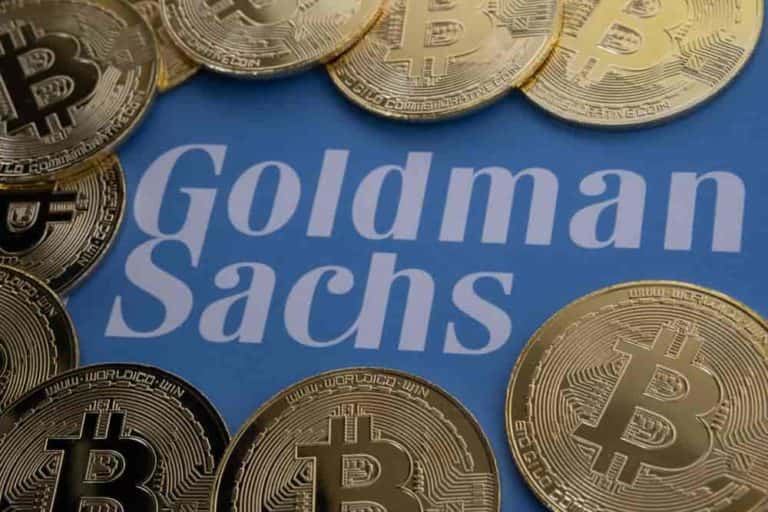 Under the plan, the participating banks will not engage in cryptocurrency spot markets but will mainly focus on products such as futures and other synthetic crypto offerings, three people privy to the plan told CoinDesk.

According to the sources, the product could be realized in three to six months.

“We’ve probably spoken to half a dozen big banks about [bitcoin-backed loans]. Some of them are in the next three to six months category, and some are further out. What’s interesting is some of these banks will use their own balance sheet to make the loan. Others will syndicate this out,” said one of the sources.

Basically, the plan aims to borrow a leaf from tri-party repo type arrangements where money is borrowed through the sale of securities to repurchase them later through a third-party agent.

Goldman Sachs aims to join other lending institutions like Silvergate and Signature, which have already announced their plans to offer Bitcoin-backed cash loans.

Worth noting is that the use of Bitcoin as collateral appeared to have a soft spot under the Donald Trump administration. This is after Office of the Comptroller of the Currency (OCC) chief Brian Brooks noted that the maiden cryptocurrency could be equated to cash and banks; therefore should use it for safekeeping.

However, the unique United States cryptocurrency regulatory outlook might make it challenging for the plan to be realized soon.

Amid the development, Bitcoin was moving towards reclaiming the $58,000 spot that would form a key support mark towards regaining the $60,000 spot. By press time, the asset was trading at $57,130.