Google Play has removed eight cryptocurrency mining apps after these were found to be malicious. In a blog post published on Aug. 18, security firm Trend Micro indicated that hat the following apps are fraudulently run by hackers:

The cybersecurity software company said that these mining apps were tricking people into watching ads, paying for subscription services that cost an average of $15 per month, and paying for fake increased mining capabilities.

Analysis revealed that the eight identified apps did not have any cryptocurrency-mining behavior, Trend Micro explained that the fake mining activity on the apps’ user interface (UI) is done through a local mining simulation module that comes with a counter and some random functions.

Following the discovery, Trend Micro said that it reported the compromised apps to Google Play, which then promptly removed them.

Despite Google Play’s quick action, Trend Micro said that there are still numerous concerning applications that turn up when searching for “cloud mining” on the platform. Some of these have even been downloaded more than 100,00 times.

Users who have installed the fake mining apps are urged to delete them. Trend Micro also advises users to use security solutions that can alert them of fraudulent applications to avoid these kinds of threats. 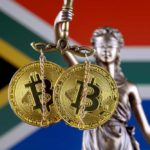