Alphabet Inc’s (NASDAQ: GOOGL) Google has recognized that the slump in the value of digital assets that kicked off the current crypto winter is detrimental to the amount of money spent on searches. The technology giant largely attributed a slowdown in revenue growth to a decrease in ad expenditure by financial organizations, including those dealing with crypto assets.

On Tuesday, October 27, during an earnings conference for Google’s parent firm Alphabet, Google’s Chief Business Officer Philipp Schindler revealed that the business saw a decrease in search expenditure during the third quarter.

“In the third quarter, we did see a pullback in spend by some advertisers in certain areas in search. For example, in financial services, we saw a pullback in the insurance, loan, mortgage, and crypto subcategories,” said Schindler.

Meanwhile, CNBC reported that the three-month period saw an overall increase in advertising of 6%, which was Google’s poorest among all quarters since 2013, with just one exception being the beginning of the Covid-19 outbreak.

Ad income for Youtube has also decreased on an annual basis, with Google CEO Sundar Pichai attributing this development to the challenging macro environment and its effect on the advertising industry.

When compared to their all-time highs, the value of major cryptocurrencies like Bitcoin (BTC) and Ethereum (ETH) dropped by approximately sixty percent in 2022. Since then, the cryptocurrency industry has witnessed a string of bankruptcies of hedge funds and lenders, such as  Celsius Network, Voyager Digital, and Three Arrows Capital, as well as cutting back on companies such as Blockchain.com and Crypto.com.

After becoming public in 2021, the leading cryptocurrency exchange in the United States, Coinbase, also reduced its personnel by 18%, and the value of its shares has decreased by 70% this year. In the third quarter of this year, Google made an announcement about a relationship with a cryptocurrency trading platform.

Google made public its plan to work with Coinbase to enable consumers to pay for its cloud services using cryptocurrencies starting in 2023. This is an indicator that the tech giant has high expectations that the crypto winter may be a brief one. Additionally, it is anticipated that Coinbase will migrate data-related apps to the cloud infrastructure provided by Google. 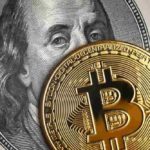 Not everything is expensive: $1.6 billion worth of Bitcoin transferred for a $0.70 fee