This follows the company’s move to bolster its legal team to work on the ETF application after hiring former United States solicitor general Donald B. Verrilli Jr., who served between 2011-2016.

Through his Twitter account, Bloomberg senior ETF analyst Eric Balchunas examined the appointment as Grayscale’s preparedness to sue SEC if the regulatory body fails to approve the Bitcoin spot ETF by the July 6 deadline.

According to Balchunas, the SEC will likely approve the application, and Verrilli, a former Obama administration employee, will play a key role.

“Good point re Grayscale hiring Obama’s Solicitor General: they could be getting ready to sue the SEC if they don’t get spot approval (which is due by 7/6 and is highly, highly unlikely). Grab the popcorn,” said Balchunas.

The analyst was responding to a tweet by Jake Chervinsky, a lawyer who noted that the U.S. regulatory body would not survive a legal battle if Grayscale sued. According to Chervinsky, Grayscale has met all the qualifications for the spot ETF to be approved.

“The SEC’s deadline to approve or deny the application to convert GBTC to an ETF is July 6. No doubt, it should be approved. I don’t see how the SEC survives a legal challenge if not, especially one led by Don Verrilli,” he said.

Grayscale preparing for a legal battle

While announcing Verrilli’s appointment, Grayscale acknowledged that it might be preparing for a legal battle in the Bitcoin spot ETF approval tussle. In his role, Verrilli will serve as the senior strategist in the Bitcoin ETF application.

During his tenure as the U.S. solicitor general, Verrilli was the lead lawyer representing the government in numerous Supreme Court cases.

Ahead of the July 6 deadline, Grayscale CEO Michael Sonnenshein had expressed his optimism that the ETF application would be approved.

The possible approval of the ETF will likely impact the cryptocurrency market with a focus on the price movement of digital currencies. With a spot Bitcoin ETF, investors would be able to safely enter the market without directly investing in Bitcoin. 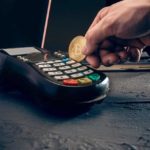