In tandem with the fall in the broader cryptocurrency market, the growth of Bitcoin (BTC) ATMs installed around the world has also been affected by stalling for the first time in history.

According to data acquired by Finbold, there are 38,538 crypto ATMs across 77 countries, as per Coin ATM Radar statistics retrieved on September 23, 2022.

Although this represents a marginal climb since the start of September, 38,458 is still a drop off from the total number of installations on August 1. Notably, the number on the date was 38,757, showing that crypto installations haven’t made any significant advancement in almost two months since.

The revelation should not come as a surprise, given that Finbold reported that the expansion of cryptocurrency ATMs worldwide fell by 32% in the second quarter, from 2,362 to 1,600 machines.

At the beginning of the year, there were 34,370 cryptocurrency ATMs, but after the first quarter, that number increased to 36,732 units. After the second quarter, 37,642 ATMs were installed.

The growing value of the market in 2021 prompted an increase in the number of cryptocurrency ATMs being installed; however, this pattern has since stalled. For example, Bitcoin’s price fell from its all-time high of about $68,000 in November 2021; the digital asset is having difficulty sustaining support over $20,000.

Interestingly, Bitcoin saw one of its worst performances in over a decade during the second quarter of 2022. According to research by Finbold, the value of Bitcoin dropped by over 56% throughout the quarter.

As a direct consequence of the market crash, several companies in the cryptocurrency industry have had to revise their business strategies. In anticipation of a possible future market recovery, some organizations have been compelled to halt their activities and reorganize their plans.

In general, cryptocurrency ATMs are helping to accelerate the widespread acceptance of various assets. However, it is essential to note that ATM transactions do not affect the market’s available liquidity; their only purpose is to assist investors in acquiring cryptocurrencies in exchange for fiat cash.

Where do cryptocurrency ATMs go from here?

With mounting regulatory concerns, the future of the installations is of keen interest. Some governments are preparing to legislate a crypto regulatory framework to combat illegal activities like money laundering.

Law enforcement officials have already begun discouraging the usage of cryptocurrency ATMs. In November of last year, the Federal Bureau of Investigation (FBI) issued a warning about crypto ATMs and QR codes being used by hackers to deceive people.

In a separate development, the Financial Conduct Authority (FCA) of the United Kingdom demanded in March that all crypto ATM providers in the nation immediately cease servicing customers or suffer legal repercussions. 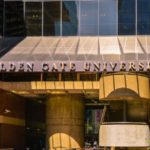