A hacker has just stolen over 1.5k Bitcoins ($15 million) and 60k BCH ($22 million) from a cryptocurrency holder identified as zhoujianfu on Reddit.

Interestingly, the victim had stored the assets on his phone’s software wallet.

In a post that has since been deleted on Reddit, the victim identified the affected wallets addresses as 1Edu4yBtfAKwGGsQSa45euTSAG6A2Zb one for Bitcoin while the BCH was stolen from 1Hw8dtVC9bdxDz1su9Jx3GXTgjR75FJcMK.

The victim further sought help from miners and the Bitcoin community to recover his digital assets, promising a bigger reward. He was still engaging with top mining pool owners to help recover the assets.

He noted that the transaction from his wallet to the hacker’s wallet had only undergone three confirmation, giving him hope of recovering the assets. He was ready to share the wallet private keys to anyone willing to help.

However, chances of reversing the transactions are minimal because only transactions with 0 confirmation levels can be reversed.

By press time, the hacker was believed to be splitting the stolen assets into smaller groups.

This move means that the hacker has the intention of using a Bitcoin mixer to cover their tracks.

A closer look at the victim’s online profile indicates that he is a security expert who once worked on bitcoin builder.

Based on his profile, it is not clear why he decided to store such an amount of cryptocurrencies on his mobile phone considering the risks involved.

Little information is available on the identity of the hacker.

Generally, it is advisable to keep such an amount of crypto assets on a hardware wallet as opposed to software wallets. The security levels of hardware wallets are usually tight to keep hackers at bay. 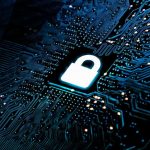 JPEG Creators Seek to Use Blockchain to Fight Image Theft