Hackers are increasingly opting for privacy-centred cryptocurrency monero instead of bitcoin due to traceability issues.

For years, bitcoin has been the perfect cryptocurrency for hackers in acquiring ransomware. However, there concerns with bitcoin over fears it can be traced.

This follows a recent operation by the FBI that successfully breached a crypto wallet held by the Colonial Pipeline hackers. The operation followed the money trail on bitcoin’s blockchain.

For monero, the crypto which runs its own blockchain hides virtually all transaction details. Notably, the identity of the sender and recipient, as well as the transaction amount disguised.

Due to the anonymity features, monero enables cybercriminals more flexibility from some of the tracking tools and mechanisms on the bitcoin blockchain.

“With monero, [the blockchain] obfuscates the wallet address, the amount of the transactions, who the counter-party was, which is pretty much exactly what the bad actors want,” said Fred Thiel, former chairman of Ultimaco, a leading cryptography companies

With bitcoin, hackers can cash out their ransomware since the asset is listed on a majority of exchanges. However, monero presents various challenges for cybercriminals over liquidity issues.

The crypto is not as liquid as other cryptocurrencies since most regulated exchanges have not listed it due to regulatory concerns.

In general, bitcoin has remained the go-to crypto for hackers despite its shortcomings. Bitcoin’s traceability is easily accomplished since its blockchain displays transaction amounts and the sender and recipients’ addresses.

Notably, the ability of cryptocurrencies to aid criminal activities has been cited as one reason why critics are pushing for the sector’s regulation.

Watch the video: Why some hackers are ditching bitcoin for a cryptocurrency called monero 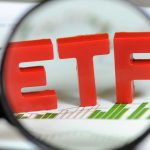