The Harmony blockchain network has issued a new proposal that will see the platform developers issue ONE tokens to compensate victims of its Horizon bridge hack in June.

In an announcement published on July 26, Harmony stated that the reimbursement proposal is part of the platform’s plan to compensate the impacted wallets in a feasible and viable manner.

“The Harmony team feels it is important for the overall strength of the ecosystem that harms to impacted wallets are mitigated in a manner that is feasible and most viable for the project,” Harmony said.

Notably, the developers fronted two options, with the first estimating a 100% reimbursement with the minting of 4.97 billion ONE, equivalent to 138 million monthly tokens for three years.

Elsewhere, the developers are looking at the possibility of rolling out an estimated 50% reimbursement resulting in the minting of 2.48 billion ONE, which equates to 69 million tokens monthly for three years. Voting for the proposal has been scheduled for between August 1 and August 15.

Although there are concerns regarding the increased supply of ONE token, both proposals were pegged on the asset’s price of $0.2. In this case, the compensation amount will likely remain the same even if the value of ONE drops further, considering the level is about a 95% slump from the record high of $0.37.

Before the hack, the Horizon bridge enabled users and investors to exchange different assets within the Ethereum, Binance Smart Chain (BSC), and Harmony blockchains.

The hack, allegedly orchestrated by the North Korean group Lazarus, resulted in the loss of $99,340,030 worth of cryptocurrencies, impacting about 65,000 wallets and 14 different asset types.

The platform revealed that traders resorted to exploiting the arbitrage opportunities to borrow ONE against de-pegged stables with no intention of repaying the borrowed funds. The scenario led to a lack of liquidity. Therefore, Harmony believes solving the issue is critical in earning trust and support among DeFi participants. 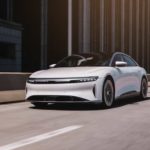