As 2023 begins, Bitcoin and other cryptocurrencies continue to be a hot subject of controversy due to the considerable attention they have received about their potential negative environmental impacts, including the energy they require and the CO2 emissions they produce.

Fellow and lecturer at Harvard Kennedy School, Bruce Schneier, discussed decarbonizing cryptocurrencies through taxation in a blog post on January 4, suggesting that it is necessary to force buyers to pay for their environmental harms through crypto taxes.

“To encourage polluting currencies to reduce their carbon footprint, we need to force buyers to pay for their environmental harms through taxes.”

He noted that although some cryptocurrencies are not so carbon intensive, some, in fact, have close to, if not near-zero emissions.

In particular, he highlighted that digital currencies overall cause about 0.3% of global CO2 emissions.

“That may not sound like a lot, but it’s more than the emissions of Switzerland, Croatia, and Norway combined,” he stressed.

As several cryptocurrencies plummet and the FTX bankruptcy enters the litigation stage, Schneier believes authorities will investigate the cryptocurrency market now more than ever, thus, providing the perfect opportunity to curb their environmental damage.

The American cryptographer notes how Ethereum, switched from Proof-of-Work (PoW) to Proof-of-Stake (PoS) in 2022, which resulted in its energy consumption dropping by more than 99.9% ‘overnight,’ however, he believes Bitcoin and other cryptocurrencies probably won’t follow this path “unless forced to, because Proof-of-Work offers massive profits to miners—and they’re the ones with power in the system.”

Schneier notes employing a tax instead of an outright ban would largely skirt the issues of banning mining which moved to other countries when China imposed the ban in 2018.

“As with taxes on gasoline, tobacco, plastics, and alcohol, a cryptocurrency tax could reduce real-world harm by making consumers pay for it. Most ways of taxing cryptocurrencies would be inefficient, because they’re easy to circumvent and hard to enforce. To avoid these pitfalls, the tax should be levied as a fixed percentage of each proof-of-work-cryptocurrency purchase.”

Cryptocurrency exchanges, he notes, should collect the tax in the same way that merchants do before passing the money on to governments which he claims would be ‘transparent and easy to enforce.’

Finally, the cryptographer notes even if just a few nations apply this tax—and even if some individuals avoid it—Bitcoin’s appeal could plummet, and the environmental benefit will be substantial.

High taxes might potentially produce a self-reinforcing loop that lowers cryptocurrency values since many cryptocurrencies depend on prospective purchasers due to speculation. When speculators are discouraged by the tax, Bitcoin prices may fall due to a lack of demand, which might encourage more existing holders to sell, further depressing prices and amplifying the impact.

Ultimately, he proposes in this scenario, as Bitcoin’s value falls, the community may be forced to ditch Proof-of-Work entirely. 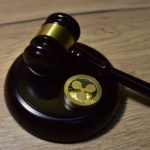 What happens to XRP if Ripple wins case against the SEC?