The landscape of cryptocurrency venture financing is constantly shifting, with different firms in and around the space funding deals in blockchain amid turbulent crypto markets.

In this line, HashKey Capital was also identified as one of the most significant financial supporters of cryptocurrency initiatives, as per The Block’s ‘Digital Asset Funding Landscape’ report published on January 17, which monitored 6,380 venture capital financing agreements in the blockchain sector over the previous six years, creating a comprehensive database of the crypto venture funding environment.

HashKey Capital, which has so far made 321 investments in the cryptocurrency space, was identified in the study as one of the most active venture capital firms.

The firm is positioned alongside other VC companies, including Animoca Brands, Alameda Research, Polygon Studios, and Shima Capital.

“Venture Capital has been a major driving force behind the rapid development of digital assets. In the last six years alone, over 6,000 VC deals were closed. We believe that this trend will continue and despite the bear market, significant capital (from around the globe) will gather here and when the next cycle comes, these investments will pay off. The Block’s report provides a comprehensive analysis of these deals and a reference to understanding the crypto industry over the past six years.”

Digital assets accounted for 8% of all VC investment in tech

The report’s findings that venture capitalists perceive tremendous opportunity in the digital asset industry is one of its most important conclusions. In 2022, digital assets accounted for 8% of all VC investment in the technology sector.

The findings also come as the Hong Kong-based global asset manager, with a focus on crypto and blockchain investments, announced on January 17 that it has closed its third fund at $500 million.

In particular, VCs have poured $73.4 billion into the digital asset industry across 2,668 seed and pre-Series A deals and 86 late-stage deals, with median values of $149.2 million and $105 million, respectively, attracted by the industry’s disruptive potential and the likelihood of an upcoming technological revolution.

NFTs and gaming sees the highest number of deals

The non-fungible tokens (NFTs) and gaming sector, which is responsible for 1,364 total agreements and account for around 21% of the total. NFT and gaming has been the most successful sector of the cryptocurrency market since the beginning of 2021 when 87% of those deals were made.

The research analyzes also investor interest in digital assets on a worldwide scale and finds that North America is the leading contributor to global venture investments.

Over 38% of the entire amount generated in the sector was contributed by projects located in the United States, which accounted for 2,423 deals totaling nearly $38 billion. This is reflective of the United States dominating position in international venture capital, where it accounts for slightly more than half of all deals raised.

While the United States is a major hub for digital assets, it is far from being the only one. Europe saw a rise in deals in 2019 compared to other regions, due to a more favorable regulatory framework that emerged that year 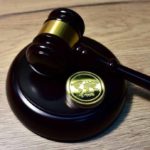