American e-commerce giant Amazon (NASDAQ: AMZN) announced on March 9 that its board of directors approved a 20-for-1 stock split and authorized a $10 billion share repurchase program.

As a result of high operational expenses and concerns about employee retention, the company is attempting to raise its stock price. Despite the fact that the split does not affect the company’s core worth, it often results in increased investor confidence.

It’s worth mentioning that this is Amazon’s first stock split since September 1999, which will provide investors with an extra 19 shares for each share they now own. The first day of trading based on the revised share price is said to start June 6.

A previous $5 billion stock buyout was approved by Amazon’s board of directors in 2016, under which the firm repurchased $2.12 billion worth of its shares, however, this has been replaced by the new buyback program to $10 billion.

Following a 16% decrease in the company’s stock price during the tech stocks slump this year, Amazon’s market value was about $1.4 trillion as of the most recent closing.

The share split revealed by Amazon is comparable to the one revealed by Google parent Alphabet Inc in February 2022. Since 2020, a number of large-cap businesses, including Apple (NASDAQ: AAPL), Tesla (NASDAQ: TSLA), and Nvidia (NASDAQ: NVDA), have all divided their shares in half.

The value of a firm is neither increased nor decreased by stock splits, as is sometimes assumed; rather, they simply divide shares into smaller, more manageable parts. However, they do make it simpler for smaller investors who do not have $2,932 (Amazon’s current price) to spend to purchase shares of a stock.

Regarding the question of why Amazon has chosen this particular time to split its stock, it’s worth noting that since the company’s shares have risen above $3,000, they’ve hit a bit of a snag, particularly when compared to other high-profile technology companies that have split in the past two years.

Notably, during the last 20 months or so, the stock has significantly underperformed the market when compared to many of its blue-chip technology rivals.

Alphabet, Apple, and Tesla have all split their shares at some time in the last 2 years, but have all seen increases of more than 25% in the last year, whilst Amazon has experienced a decline of more than 4% across the same time frame.

What to expect with AMZN stock next

Under former CEO Jeff Bezos’ leadership, Amazon aimed to invest all of its available cash on new growth initiatives, so the fact that management is increasing share repurchases suggests it believes its stock has been undervalued.

As growth patterns moderate, Amazon should also be coming off a big two-year investment cycle after COVID-19 struck. Amazon’s free cash flow might soar this year as it spends less on expanding its fulfilment network, which has doubled since the pandemic began.

While most people associate Amazon with e-commerce, it’s possible that its Amazon Web Services (AWS) cloud computing platform is a more compelling reason to invest in the stock, and that it could be worth more than all of Amazon’s e-commerce operations.

For example, take into account that Amazon Web Services increased sales by 40% last year to $62.2 billion, while increasing operating income by about the same number to $18.5 billion. The AWS segment also accounts for 33% of the global cloud infrastructure service market.

Finbold had previously noted its Amazon stock forecast that with the company’s recent announcements concerning AWS, advertising, and core e-commerce profitability surpassing forecasts, along with a planned price rise for Prime membership, Amazon is well-positioned to approach $4,000 by year’s end. 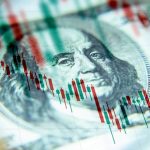 Three recession-proof stocks to own amid global tensions