Despite the fact that Cardano (ADA) is declining in value, there has been a considerable increase in the frequency and volume of major ADA transactions.

As of March 13, nearly 135,000 addresses have previously acquired almost 5 billion ADA at the cost of $0.80, according to prominent crypto trading analyst Ali Martinez.

Cardano must reclaim this supply barrier at $0.80 as support as soon as possible if it is to have a chance of rebounding to the $1 mark, Martinez notes. In the absence of such a move, the analyst predicts that investors would sell, sending the price of ADA below $0.50.

“Cardano must reclaim this supply barrier as support quickly to have a chance of rebounding to $1. Failing to do so may encourage investors to sell, pushing ADA to $0.50″, Martinez notes.

ADA in a declining parallel channel since September 2021

Martinez further points out that Cardano has been trapped in a declining parallel channel since early September 2021, something Finbold has previously highlighted, and that the digital asset is producing its seventh consecutive monthly red candle at the time of writing.

“Now that ADA approaches the channel’s lower trendline, the TD Sequential presents a buy signal on the 3-day chart. A spike in buying pressure could push #ADA to $0.87 or even $1.”

While the price of Cardano is declining, there has been a considerable increase in the quantity and volume of major ADA transactions.

On just one day, March 9, about $43 billion in ADA was traded, providing insight into how whales and institutions may be investing and positioning themselves.

Notably,  the Cardano ecosystem continues to grow, with currently over 500 projects being built on ADA as of March 11, including non-fungible tokens (NFTs) collections, DeFi lending, and new wallets.

For traders interested in buying Cardano, currently, the largest Proof-of-Stake (PoS) asset is trading at $0.81 just above the crucial supply level, up 1.99% in the last 24 hours and down 0.51% across the previous week. 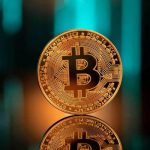