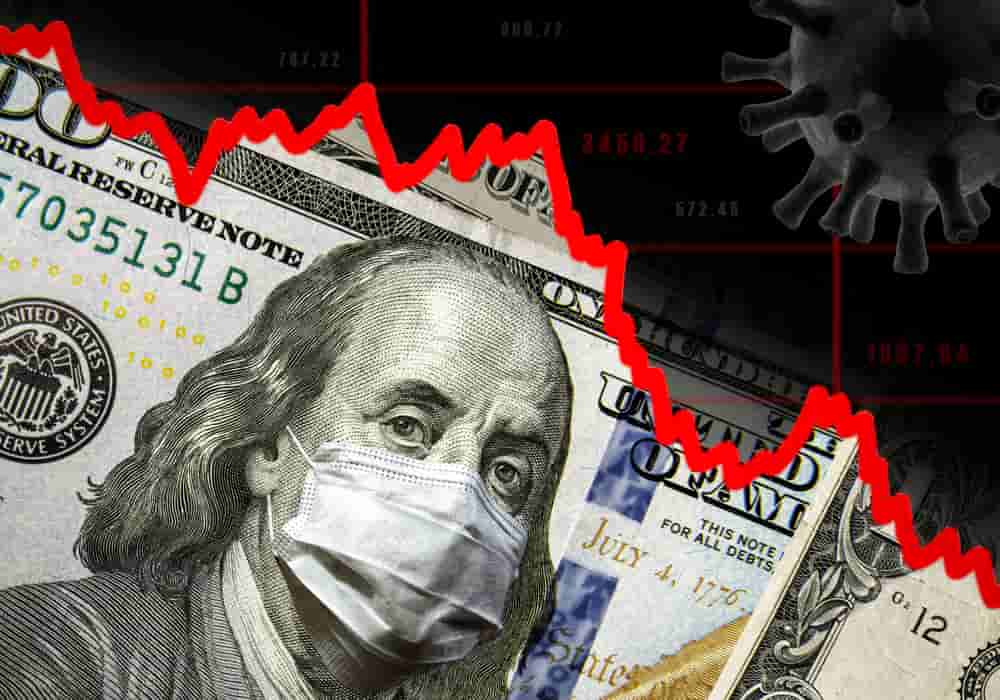 Markets reacted strongly to the release of The Federal Reserve (Fed) minutes with the NASDAQ leading the way down by 3.34%, the largest drop in 11 months. Given that the Fed meeting took place on December 14-15, 2021, here’s a brief rundown of why the markets were taken by surprise.

Just after the initial meeting Chairman Jerome Powel indicated that The Federal Reserve is planning to cut economic support faster by tapering bond purchases and possibly raising interest rates in 2022, more than what was expected before the meeting.

The Fed minutes (Minutes of the Federal Open Market Committee or FOMC) released on January 5 revealed not only the details made public in the initial Fed statement on December 15, but also significant discussions regarding reduction in Fed bond holdings in the coming months that were not disclosed previously.

Some members of the FOMC were arguing that reductions in Fed’s balance sheet could start after the central bank begins raising interest rates, therefore, likely in the middle of 2022 – much sooner than in previous cycles of quantitative easing-tightening.

Note: The Federal Open Market Committee meeting minutes are a detailed record of the committee’s policy-setting meeting, held about two weeks earlier. The minutes offer detailed insights regarding the FOMC’s stance on monetary policy, so currency traders carefully examine them for clues concerning the outcome of future interest rate decisions.

Why are changes in the Fed balance sheet important?

To put it simply, runoff of bonds and MBS (mortgage-backed securities) would mean the destruction of money. Because the only way to destroy the money is to return the loan (for more about this phenomenon see Riksbank report) and bonds are essentially loans. Thus, it would mean considerably tightening monetary policy against a loose monetary policy, which markets got accustomed to in the last two years.

Another element markets are worried about, as stated in the Fed minutes, is that it is much harder to predict the consequences of monetary tightening as well as quickly reverse it (see Key takeaways from Fed minutes at the bottom of this article). This is because if central banks raise the interest rate it doesn’t automatically mean that the amount of money on the market has changed; only that the cost of borrowing has changed. Thus, by allowing bond runoffs, the central bank reduces the amount of money circulating in the economy.

Therefore, such central bank discussions indicated to the markets that the Fed is preparing to fight inflation on all fronts. During the 2017-2019 reductions the Fed allowed part of proceeds from the bonds to roll off each month while reinvesting the rest. It increased runoff from $10 billion to $50 billion at the end of the program.

Note: Portfolio runoff is a general concept in portfolio management that describes situations where assets decrease. Runoff can occur for a variety of reasons including the maturation or expiration of securities, liquidation of certain assets, or any other situation where assets decrease or are withdrawn from a portfolio.

The Fed instituted three rounds of bond-buying after the 2008 financial crisis that exploded its balance sheet from around $800 billion to more than $4.5 trillion at one point. The idea, called quantitative easing, was to knock down long-term interest rates to resuscitate the housing market and to provide needed liquidity for the financial system. Since then the Fed’s balance sheet ballooned to $8.3 trillion.

To increase the money supply, the Fed will purchase bonds from banks, which injects money into the banking system. It will sell bonds to reduce the money supply. Although, letting bonds runoff is a less aggressive tightening policy by Feds compared to outright selling bonds in the open market.

Tighter monetary policy can affect markets in multiple ways. If Feds would aggressively reduce the amount of MBS and bonds it would somewhat tighten banks’ balance sheets, thus, in turn, would almost surely raise mortgage rates and, subsequently, cool the housing market. As well as 11 of 13 monetary tightenings were followed by recessions (Figure 1).

Rising interest rates would make bonds more attractive as an investment alternative to other groups of assets, namely gold, stocks, and, likely, bitcoin because less money going into bonds is expected to lower their prices and raise their yields.

Moreover, it would increase the cost of raising capital for high-flying growth stocks as well as affect highly indebted companies by the rising cost of debt. Furthermore, it would reduce speculation on the stock market with borrowed money.

Owing to the reasons mentioned above, tech heavy stocks on the NASDAQ experienced their largest drop in 11 months on Wednesday. But it might be too early to panic because of how addicted the overall economy is to cheap money, hence interest rate hikes might taper before shifting into high gear.

The Federal Reserve has a dual mandate: it sets inflation targets, to ensure price stability, which in turn creates a stable economic environment that can foster the goal of maximum employment. It is assumed that in a predictable price environment companies can make the best long-term economic decisions which in turn guarantees stable economic growth and a healthy labor market.

At least since 1996, the US Federal Reserve has used monetary policy with the aim of keeping inflation at 2%— the goal that was reiterated in the latest Fed minutes.

After President Biden picked Powell for the second term to lead the Federal Reserve, he indicated a tougher approach to dealing with inflation. In large part, because opinion polls show that high inflation is not well received by the majority of Americans, in fact, 88% said they are worried about high inflation.

No wonder, as October’s annual US inflation rate stood at 6.2% as measured by CPI (Consumer Price Index derived by US Bureau of Labor Statistics). Americans have not seen such high inflation in more than 30-years.

The second part of the Fed mandate is maximum employment, which is full employment minus the natural level of unemployment. It means that anyone who can work should be able to find a job but at the same time, unemployment is not too low and is not causing wages to rise too fast which would perpetuate high inflation. It is assumed such a natural unemployment level to be 4-5%. New unemployment reading last week showed it falling to 4.2%, almost at par with the pre-pandemic level.

Key takeaways from the Fed minutes