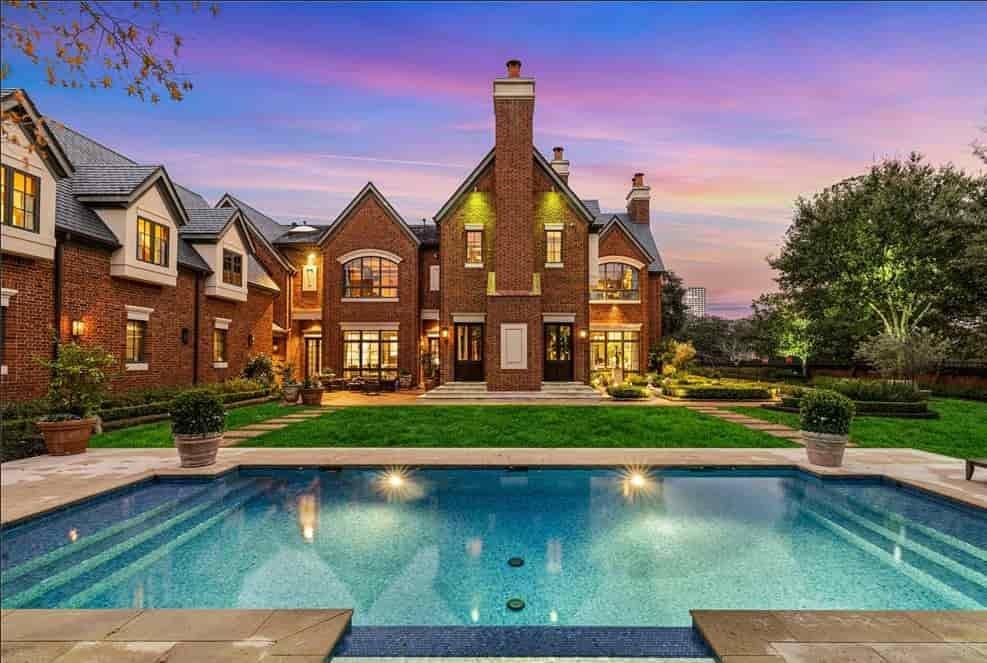 Given the growing adoption of crypto, more people are using to buy and sell property in digital currency. So if you are a Bitcoin millionaire looking for extravagant living quarters in Houston, Tony Buzbee has an offer for you.

Tony Buzbee, the high-profile lawyer and former mayoral candidate, has put his house in Houston for sale and is open to accepting Bitcoin (BTC) as a form of payment, according to the initial listing on the Douglas Elliman Real Estate website.

The $27.5 million price tag firmly places it as one of the most expensive house listings in the city. Located in the upscale River Oaks neighborhood in the enclave of Country Culb Estates, it boasts a whopping 12,000 square feet living area with five bedrooms, each with its own bath, five wood-burning fireplaces, a gym, a movie theater, a game room, library, spacious underground wine cellar and a garage fit for six cars.

What sets this luxury listing apart from other high-end offerings is specified in property agent Beth Cassidy’s description of the space, adding casually at the very bottom: “Bitcoin accepted as a form of payment.”

Buzbee purchased the home in 2013 with his then-wife Zoe and paid in cash, Chron reports citing Wall Street Journal. Having now remarried, he wants to start fresh and “take advantage of the market” and sell the property in Houston’s red-hot housing market.

To have cryptocurrency as a form of accepted payment for one of Houston’s most expensive house listings presents a fascinating predicament for Buzbee, particularly in light of the recent fluctuations in Bitcoin value. As an alternative currency based on Blockchain technology, Bitcoin is a largely unregulated financial instrument, often subject to extreme volatility.

Bitcoin’s extreme instability has presented itself in particular in recent months, where after hitting record highs in November of 2021, the price of a Bitcoin has plunged from $67,582 to just below $43,892 as of February 8, 2022 — a 35% drop in value.

At current trade values, the mansion would go for approximately 625 BTC versus the 407 BTC it would have cost at the crypto coin’s November peak. It seems, however, that any risk Buzbee might be taking with accepting Bitcoin as a payment method, will be balanced out by selling at a time of raging property prices in Texas.

Notably, this is not the first instance of Bitcoin being used when it comes to purchasing and selling a property, as Finbold reported in September 2021. Back in late 2021, CODA (385 First Avenue) in New York City became the first significant income-generating asset available to bitcoin enthusiasts.