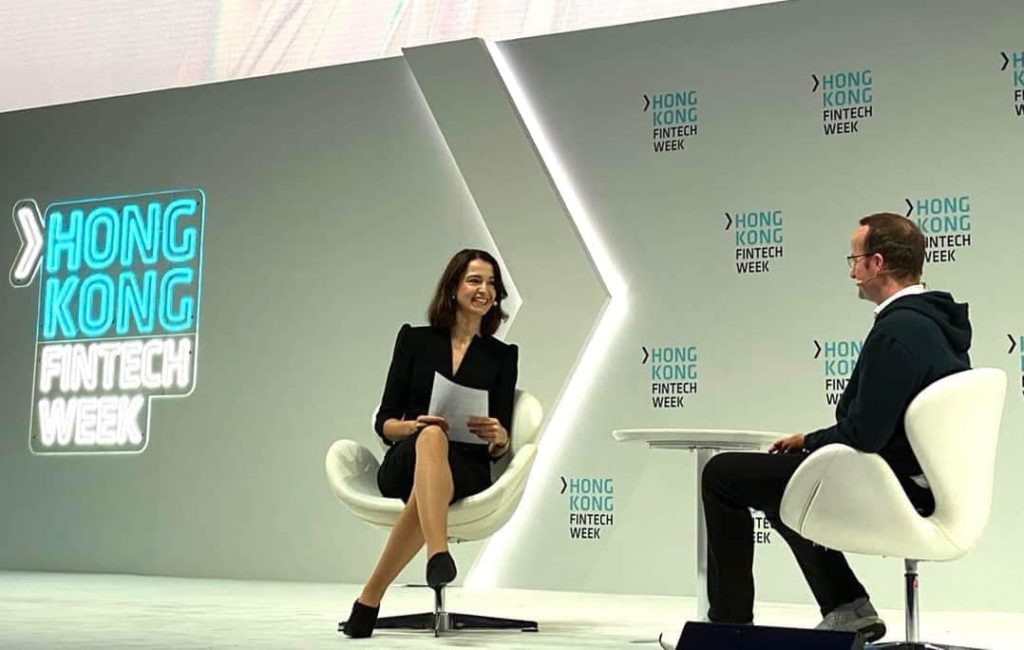 Despite the recent downturn in the cryptocurrency market, many private equity financing funds, such as venture capital firms, are investing long-term for the high growth potential in the space while the infrastructure is being built out.

Speaking with Bloomberg, Token Bay Capital Founder and Managing Partner Lucy Gazmararian discussed her bullish outlook on Bitcoin longer-term as she believes in a more decentralized future, as well as the metaverse and broader crypto adoption.

Despite the recent volatility around Bitcoin, Gazmararian believes blockchain is ushering in a new age in which everything of value is being placed on the network and that Bitcoin is becoming more widely accepted as a result.

“If we are talking about Bitcoin, it is still a very new asset. But it is heralding in a new era of moving a lot of anything that is really valuable onto blockchain. Bitcoin is a decentralized monetary system, and we are seeing broader adoption,” she said.

Bitcoin is getting adopted on a wider scale

Furthermore, Gazmararian noted that more individuals are starting to purchase Bitcoin via exchanges that are listed on the Nasdaq, such as cryptocurrency brokerage Coinbase, citing it as a positive indicator.

Meanwhile, asset managers are starting to invest in Bitcoin, and major Nasdaq-listed corporations, like Microstrategy and Tesla, are putting Bitcoin as an asset on their balance sheets.

However, the Managing Partner believes the most significant event in terms of Bitcoin adoption occurred when El Salvador adopted the cryptocurrency as legal tender. In all of these instances, the one factor that she considers unifies all of these new players in investing in Bitcoin is that it is considered as an inflation hedge. She stated:

“In all these cases, I think something that unites all these new participants is investing in digital assets, is that it is in viewed as an inflation hedge.”

The Metaverse is set to become a big theme in 2022

In particular, the Hong Kong-based early-stage venture fund invests in digital assets and blockchain companies; on her outlook for the next one or two years and her targets, Gamararian noted that in the larger digital asset ecosystem, Bitcoin is not the only story and noted: “the metaverse is set to become a big theme in 2022.”

The founder of the venture fund said that the end of 2020 saw a number of new protocols and experiments with decentralized finance delivery. Considering that a significant portion of 2021 has been concentrated on non-fungible tokens (NFTs), many of which have been relocated to the metaverse, she noted the metaverse’s blockchain-based products and services might benefit from all of these developments.

“We may see all of those things come together to enhance the user experience of blockchain-based goods and services in the metaverse.”

“As we move to the metaverse and corporations as well as individuals are moving to the metaverse, it will be as if you have immersed yourself into a new world and you will be interacting with protocols. You will be showcasing your nonfungible tokens, whether it is art or other digital collectibles. But actually, the metaverse will become somewhere you can earn money and actually work. So we are seeing companies put their headquarters in the metaverse as well.”

Is the crypto market a bubble?

The environment in the cryptocurrency space is constantly changing; as a result, the markets are volatile, and with more venture capital firms (VC) getting involved in the sector, the Token Bay Capital Founder was questioned whether she considers crypto is in a bubble to which she replied:

“There are two events occurring. There is one structure constructed from the infrastructure, and there is the asset’s price. Typically, hedge funds invest in crypto hedge funds, which trade tokens, and based on the various price differentials, there is a lot of money to be earned in crypto hedge funds right now. However, in terms of basic value, we are really in the early stages. This is just the beginning in terms of the adoption curve.”

It could be said that when it comes to Bitcoin, its 13-year run was aided by the loose monetary policy; the same can be said for the other crypto spaces; nevertheless, with the climate shifting and interest rates rising, investors will be keeping their options open.