Hong Kong Monetary Authority (HKMA) CEO Eddie Yue has stated that despite the shortcomings in the cryptocurrency sector, the industry is likely to play a central role in future financial systems.

Speaking during the G20 financial officials meeting, Yue noted that the technology powering most cryptocurrency projects could be adapted to suit the general financial system, Reuters reported on July 17.

However, Yue called for regulation of the sector to avoid related risks like the recent Terra (LUNA) ecosystem crash that resulted in significant losses.

“Despite the Terra-Luna incident, I think crypto and DeFi won’t disappear – though they might be held back – because the technology and the business innovation behind these developments are likely to be important for our future financial system,” Yue said.

Yue’s sentiments align with HKMA’s long-standing friendly approach to cryptocurrencies. In January 2022, the institution released a statement indicating that the entity is open to embracing the benefits of financial innovation while recognising the risks involved.

The institution has recently focused more on the stablecoin regulations, especially after the Terra ecosystem crash.

HKMA noted that if one single stablecoin emerges more popular, the local currency will be significantly undermined.

Furthermore, during the G20 session, Australian central bank governor Philip Lowe expressed support for privately issued cryptocurrencies only in a well-regulated environment. According to Lowe, private cryptocurrencies might be better than CBDCs.

“If these tokens are going to be used widely by the community, they are going to need to be backed by the state, or regulated just as we regulate bank deposits,” said Lowe.

Both Australia and Hong Kong are among the countries leading the charge towards a standard crypto regulation framework. 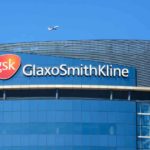 GSK spinoff starts trading at LSE - what you need to know