After the news broke out that the former president of the United States, Donald Trump, would be launching a collection of non-fungible token (NFT) trading cards in his likeness, it is worth reminding that he wasn’t always this open to the cryptocurrency sector.

Indeed, Donald Trump’s collection of 45,000 NFTs minted on the Polygon (MATIC) blockchain was met with hype after he announced the launch on his social media platform Truth Social on December 15, selling out rapidly at the original price of $99.

The holders of a Trump NFT are also given a chance to win a dinner with the former president, golf with him in his golf club, have Zoom calls, have a live meeting with Trump, as well as receive memorabilia hand-signed by Trump himself.

That said, Trump started out with a very skeptical attitude about the novel asset class, stating in July 2019, when he was still in the White House, that he wasn’t a fan of virtual assets with “highly volatile” value:

Two years later, the former president referred to Bitcoin (BTC) as a ‘scam,’ stating that he didn’t like it “because it’s another currency competing against the dollar,” for which he wanted to be “the currency of the world.” As he explained:

“And I don’t think we should have all of the Bitcoins of the world out there. I think they should regulate them very, very high. (…) It takes the edge off of the dollar and the importance of the dollar.”

As for his recent NFT adventure, not all of Trump’s supporters are on board. Keith and Kevin Hodge, stand-up comedians and vocal Trump fans, posted on Twitter that “whoever told Trump to do this should be fired.”

“Man, when all Patriots are looking for is hope for the future of our country, and Trump hypes everybody up with a ‘BIG ANNOUNCEMENT’ then drops a low-quality NFT collection video as the ‘announcement,’ it just pushes people away… Damn.”

Meanwhile, the reselling of Trump Digital Trading Cards continues, surpassing 7,092 ETH in volume on the NFT trading platform OpenSea, currently worth around $6.63 million, taking into account the price of Ethereum at the time of publication.

Interestingly, all the proceeds from the sales will not be directed to Trump’s 2024 campaign but instead will go to the former president himself under a licensing deal, over which some of his aides voiced concern, The New York Times’s Michael C. Bender and Maggie Haberman reported. 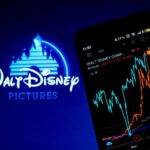