After the collapse of Terra (LUNA) and the stablecoin TerraUSD (UST), India’s central bank, the Reserve Bank of India (RBI), has issued a warning to its citizens against investing in the cryptocurrency market.

In an interview that took place on May 23 with CNBC TV18, the Governor of the RBI, Shaktikanta Das, highlighted the recent decline in the value of the cryptocurrency market as well as the need for a regulatory framework around crypto assets.

“We have been cautioning against crypto and look at what has happened to the crypto market now.”

“Had we been regulating it already, then people would have raised questions about what happened to regulations.”

Since the start of 2022, the cryptocurrency market has lost almost $1 trillion, and it has lost about $500 billion since the beginning of this month. The decline of the cryptocurrency terra (LUNA) and the algorithmic stablecoin TerraUSD contributed to the deterioration of market conditions.

Regarding crypto in general, Das said: “This is something whose underlying (value) is nothing. There are big questions on how do you regulate it. Our position remains very clear, it will seriously undermine the monetary, financial and macroeconomic stability of India.”

Crypto could lead to dollarisation of Indian economy

RBI had earlier issued a warning that cryptocurrency may eventually lead to the dollarisation of India’s economy.

Additionally, a question was posed to Das regarding the assertion that was made by Brian Armstrong, the CEO of Coinbase.  Armstrong claimed that Coinbase India disabled payments by the Unified Payments Interface (UPI) just a few days after launch due to “informal pressure” from the RBI.

The governor responded he did not want to comment on the hypothetical remarks offered by those from the outside.

On the topic of cryptocurrency legislation, officials from the Ministry of Finance have been discussing with the International Monetary Fund (IMF) and the World Bank. In April, Nirmala Sitharaman, India’s Minister of Finance, said that the decision on whether or not to regulate cryptocurrencies will not be hurried. 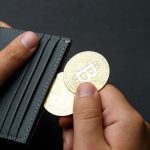 Just in: Federal Reserve reveals 12% of U.S. adults own crypto