Chief Operating Officer of cryptocurrency exchange OKCoin Jason Lau has said dogecoin’s inability to sustain the all-time high of $0.45 is due to a lack of fundamental support like interest from institutional investors.

Speaking to Kitco News, Lau stated that dogecoin is not attracting institutions’ attention based on its origin as a meme. Notably, the entry of institutions into bitcoin has helped sustain the asset’s rally.

Lau also explained why the asset experienced a price surge in recent weeks. According to Lau:

“It’s obviously fun, and people get behind it, and they spread the message of, you know, this coin it’s about a dog. It’s just fun to talk about it. The virality of dogecoin has been very high. Secondly, the wall street bets community on Reddit also picked up interest in dogecoin, which also drove a lot of interest, um, especially from retail traders.”

Dogecoin’s rally was inspired by celebrities, including Tesla (NASDAQ: TSLA) CEO Elon Musk, who pushed the asset on Twitter.

However, despite dropping by almost 50% from its all-time high, the COO pointed out that doge is still a profitable asset to some investors compared to bitcoin and ethereum. By press time, dogecoin was trading at $0.27 according to data provided by CoinMarketCap.

Amid the rally, several investors have reaped from the surge, with at least 1,321 dogecoin wallets having a value of about $1 million as of April 23, 2021.

Furthermore, following the doge price rally, supporters of the asset compared it to bitcoin. However, former hedge fund boss Mike Novogratz cautioned against comparing the two. According to Novogratz:

“It’s very wrong to compare doge to bitcoin or the other coins. The amount of CAPEX and OPEX that goes into keeping the Bitcoin network decentralized and up and running each year is immense,” added Novogratz. “doge is a dog, no pun intended.”

Novogratz, the Galaxy Digital CEO, is among key cryptocurrency figures to call for caution when investing in dogecoin. He has termed the rally as a ‘retail phenomenon’ due to the federal reserve’s supply of more money into the economy that coincided with dogecoin’s surge. 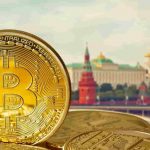