The IOTA Foundation alongside the IOTA community has released the latest version of Hornet, the node software of the network. With the latest Hornet version 0.4.0, the IOTA network’s level of decentralization is set to increase.

Hornet is a lightweight node written in Go and the latest version gives room for the release of IOTA 1.5 (Chrysalis). Chrysalis is a set of protocol enhancements that seek to significantly increase the network’s speed, performance, and usability.

The main purpose of Chrysalis is to make the IOTA enterprise-ready and to create a more seamless transition to the Coordicide implementation (IOTA 2.0).

The new Hornet upgrade comes with improved features like the autopeering module that will automatically find other nodes to peer to. The easy APT repository feature makes installing Hornet easy just like other programs. The new version also comes with WarpSync that allows nodes to sync up to 7x faster and solidify much quicker saving on time, unlike the previous version.

The latest Hornet version has the new Hornet coordinator plugin for faster confirmation times. Lastly, in terms of memory, the Hornet 0.4.0 consumes 10x less memory than IRI and previous versions of the network. The latest upgrade is set to give room for the eventual removal of the coordinator node from the IOTA network.

Prior to the Hornet 0.4.0 release, the IOTA community conducted a stress test on the Hornet node. The test was meant to test the software’s capacity and give more room for improvement. According to IOTA, the latest test demonstrated a stable network of more than 150 nodes achieving 650 confirmed TPS (transactions per second). This an impressive score and the foundation expects the metrics to continue rising.

At the time of writing, IOTA is being traded at $0.24 USD on Binance exchange. 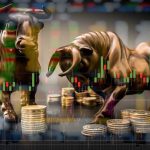