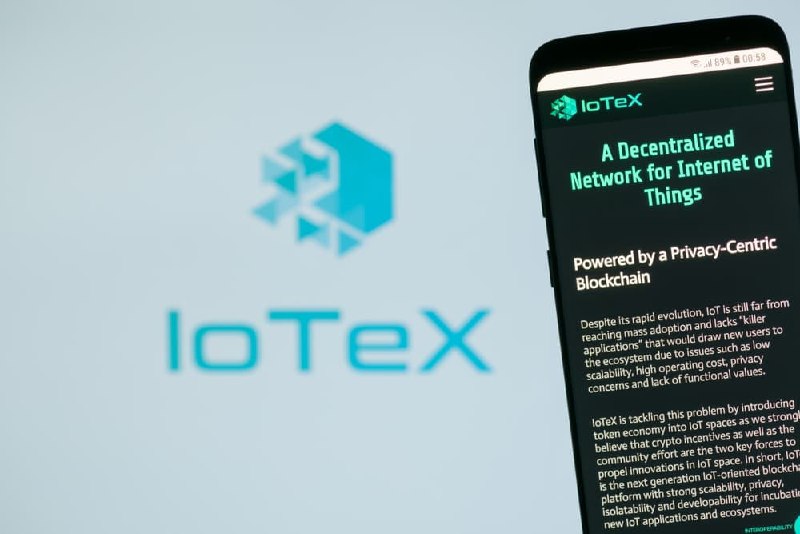 IOTX, the native cryptocurrency of IoTex, a blockchain infrastructure project focusing on the Internet of Things, has continued with its rally emerging as the highest gainer in the last seven days among the top 100 digital assets by market capitalization.

The token which ranks in the 72nd position has gained 111% over the last seven days trading at $0.21 by press time, according to data provided by CoinMarketCap. Over the same period, WAX gained 61.6% to rank in the second spot.

Notably, the value of IOTX began surging in November after it emerged that the team was to deliver a keynote speech at the DeFi Live event on November 10. Over the past month, the token has surged 250% in the process, hitting an all-time high of $0.25.

Furthermore, the rally has also been inspired by developments on the network alongside the addition of crucial use cases. Recently, the team announced a partnership with Travala.com and NOWPayments.

The price has also surged amid an announcement that the IoTeX development team is building a privacy-centric blockchain platform for the Internet of Things. The new update is expected to set up a decentralized trust fabric for new collaboration and data exchange among devices, people, and applications.

Furthermore, IOTX has also soared after Chainlink announced it would soon integrate IoTeX with its oracle. The development is huge for IOTX considering that Chainlink is a big cryptocurrency community.

The surging IoTeX value can also be linked to the number of users joining the platform. For instance, within 28 days, the number of IoTeX active users grew by 4,608%.

An overview of the IOTX price shows a bullish momentum mainly driven by the token’s recent positive performance despite slightly dropping from its new all-time high.

If the token sustains an upward movement, then IOTX could once again test the all-time high. However, the coin can possibly retrace to below the $0.2 level in the event of an extended sell-off from the broader market.