Japan is ramping up its initiatives to regulate the use of cryptocurrency in aiding criminal activities through exchanges by revising some of the existing financial sector laws.

The laws likely to take effect next spring will see a revision of the Act on Prevention of Transfer of Criminal Proceeds requiring exchanges to share customer information between operators. Through the regulatory change, Japanese authorities hope to track money transfers by people engaged in illegal activities.

Information to be shared

Some information to be shared includes the customer’s name and address when sending cryptocurrency to another exchange. At the same time, crypto exchanges that fail to observe the laws will be subjected to administrative guidance and corrective orders alongside criminal penalties.

Amendments to the laws are expected to be submitted to the extraordinary Diet session set for October 3, where if passed, cryptocurrencies will be added to money transfer rules.

Furthermore, the law will also target stablecoins in the wake of the Terra (LUNA) ecosystem crash. Under the proposed laws, stablecoins will be subjected to a registration system.

Additionally, the laws come after the Financial Action Task Force (FATF), an international organization tasked with monitoring anti-money laundering measures; recommended countries adopt similar rules. In this line, the United States, Germany, and Singapore are among the countries to pass the laws.

In general, Japan has amended its regulatory status in anticipation of the cryptocurrency sector’s growth, with authorities projected to enact more laws in the coming months.

For instance, the country has ​proposed an amendment to the Foreign Exchange and Foreign Trade Act adding stablecoins to the list of regulated assets. The law seeks to prevent using stablecoins on transfers to sanctioned countries like North Korea and Russia.

Amid an increase in crypto regulations, the government views the sector as a critical catalyst to spur economic growth. As reported by Finbold, Japan’s regulator, the Financial Services Agency (FSA), proposed easing the corporate crypto tax to strengthen the economy. 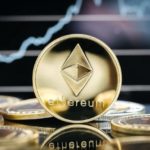