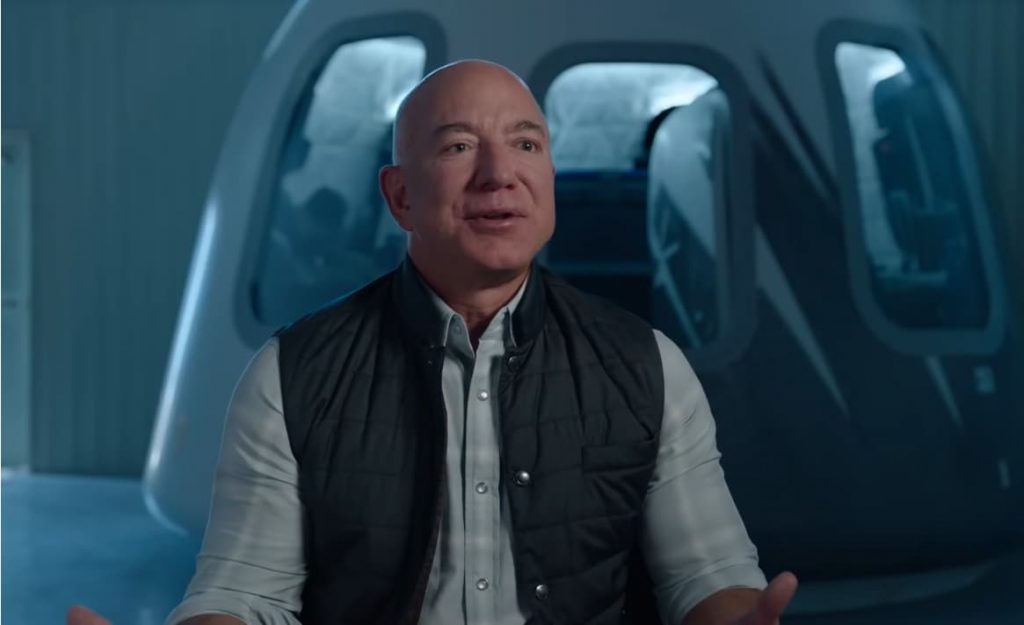 Amazon (NASDAQ: AMZN) CEO Jeff Bezos has announced he will be part of the inaugural mission to space by his company Blue Origin.

Through an Instagram post, Bezos noted that he would be joined by his brother Mark for the space flight slated for July 20th. Notably, in an initial announcement, the company did not disclose if Bezos will be part of the mission.

“You see the Earth from space and it changes you. It changes your relationship with this planet, with humanity. It’s one Earth. I want to go on this flight because it’s the thing I’ve wanted to do all my life. It’s an adventure. It’s a big deal for me,” said Bezos.

Besides the Bezos brothers, a bidder of an ongoing online auction will claim another seat. The auctions, which ends on June 12th, has the highest bidder at $2.8 million.

Following the development, Dan Ives, managing director of investment firm Wedbush Securities notes that the news might not be positive to Amazon stock.

According to Ives, the mission comes with added risks, but Bezos’s move is a bold decision alleging the company is losing ground to Elon Musk’s SpaceX.

“If you’re a shareholder, this is not what you want to see and also Bezos needed to make a bold play given they’re really losing space in reality, from perception standpoint, to Musk and space X…but if you’re an Amazon shareholder and you see this it’s definitely not a good morning to see given the added risk because even though Bezos leaving CEO,” said Ives.

Watch the video: Jeff Bezos and his brother Mark will join the auction winner on New Shepard’s first human flight