The United States Department of Justice is planning to sell $56 million worth of cryptocurrency seized following the BitConnect scam.

In a press release, the department confirmed the proceeds from the sale would be the first part of compensating victims of the fraud scheme that saw investors in the U.S. and globally lose over $2 billion worth of Bitcoin.

“With the entry of the court’s interlocutory sale order, the government will begin the process of seeking to make whole victims of the BitConnect scheme by selling the cryptocurrency and holding the proceeds in U.S. dollars. The government will maintain custody of the seized proceeds in cryptocurrency wallets and intends to use these funds to provide restitution to the victims pursuant to a future restitution order by the court at sentencing,” the DOJ said.

The crypto to be sold was seized from BitConnect’s promoter, Glenn Arcaro, who has since pleaded guilty for his role in the case. The assets were recovered from Arcaro’s 20 wallets who also earned over $24 million from commissions and other payments. 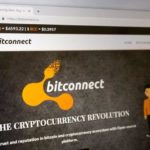 Following the guilty plea, Arcaro is scheduled to be sentenced on January 7, 2022, and faces a maximum of 10 years in prison.

The scam occurred at the height of Bitcoin’s 2017 bull run that saw victims get swindled after the company claimed to offer investors returns of as high as 40% per month. The investment supposedly played a role in generating BitConnect’s purported volatility software trading bot.

In September, the Securities Exchange Commission sued the BitConnect founders stating that the company was an unincorporated organization that registered four companies in the United Kingdom. Currently, the companies are either defunct or dissolved.

With the case ongoing, BitConnect NFT is being auctioned on the OpenSea platform at 0.55 ETH. The meme emanated from Carlos Matos, a prominent BitConnect investor singing praises in honor of BitConnect before the project collapsed. The NFT dubbed ‘Bitconeeeect’ can be virtually visited on Cryptotale.art. 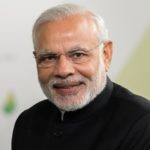