Kevin O’Leary, star of the television show “Shark Tank,” has revealed that his involvement with FTX cryptocurrency exchange has cost him millions of dollars.

Speaking with CNBC’s Squawk Box on December 8, O’Leary said that it would be an ‘understatement’ to say that he lost money when discussing the fallout of the exchange. However, O’Leary was paid $15 million by FTX to serve as a paid advocate for the now-bankrupt cryptocurrency exchange, which some people have referred to as fraudulent.

O’Leary also said that he had over one million dollars worth of FTX equity, which is now worthless due to the process of filing for bankruptcy protection. According to O’Leary, the remaining funds, which amounted to little more than $4 million, were supposedly gobbled up by taxes and agency costs.

He stated: “I put about $9.7 million into crypto. I think that’s what I lost. It’s all at zero. I don’t know because my account got scrapped a couple of weeks ago. All the data, all the coins, everything. It was not a good investment. Then I lost the money I invested in the equity as well, those are zeros too”

O’Leary’s due diligence with FTX

FTX investors have filed a lawsuit against O’Leary and many other celebrities, including Tom Brady and Larry David, claiming that the exchange’s ambassadors should have done more research and been more careful before endorsing the cryptocurrency company.

The investor from Canada was questioned by the hosts of CNBC’s “Squawk Box” about the inability of the Canadian investor to adequately examine the dangers that were connected with investing in and supporting FTX. O’Leary admitted that he was a victim of “groupthink,” He said that none of his investment partners had suffered financial losses.

O’Leary made strenuous efforts to promote FTX on Twitter and other online platforms, highlighting his close relationship with the company’s infamous founder Sam Bankman-Fried (SBF), the subject of various investigations.

Notably, when O’Leary started promoting FTX, he said that the cryptocurrency exchange’s compliance processes prompted him to invest in it. 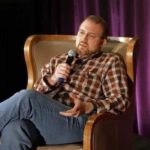