The Japanese gaming giant Konami is making an effort to widen its crypto talent pool while simultaneously focusing on offering Web3 and metaverse experiences, as well as trying to embrace a new non-fungible token (NFT) market.

The colossus of the video game industry is the most current in a long line of well-known companies to voice an interest in expanding its NFT, Web3, and metaverse offerings by looking to hire fresh talent such as blockchain developers the firm revealed in a press release on October 13.

The company announced on October 13 that it was looking for “a wide range of talent” in connection with the “system construction and service development” that would be related to the impending metaverse and Web3 platforms.

Konami has stated that it is committed to research and development to incorporate “the latest technology” into its games and other content offerings. The company has also said that it intends to introduce an NFT trading platform where users can exchange the digital goods that they have obtained while playing the game.

As the organization gets ready to enter the metaverse, it is in the process of employing individuals to fill a variety of professions that are important to Web3, such as systems engineer, programmer, project manager, designer, and director.

The successful applicants will be entrusted with developing a “unique digital item distribution platform” that is in accordance with the laws that have been established in Japan for blockchain gaming.

Prior to this, Konami had already established a presence in the NFT market by releasing a number of NFTs in January to celebrate the 25th anniversary of the Castlevania series.

In addition to Konami, a number of other conventional gaming companies have also made big advances in NFTs. Notably, Finbold blockchain and metaverse projects received $1.3 billion in investments over the course of Q3, which is a decrease of 48% compared to Q2 2022. 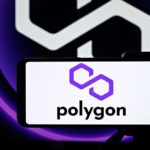