Cryptocurrency exchange Kraken is teaming up with Reckless VR, a Bitcoin virtual reality community to host a digital party to commemorate the upcoming Bitcoin halving event.

Ahead of the halving, Kraken notes that the real outcome cannot be determined at this point due to the decentralized nature of Bitcoin. During the halving, Bitcoin’s mining rewards will be cut in half.

The halving event will take place between Sunday, May 10th, and Wednesday, May 13th and it occurs after every four years.

As the cryptocurrency world prepares for the halving event, Kraken has already documented a report that gives comprehensive details about the halving and its historic impact on Bitcoin.

Kraken’s CEO Jesse Powell will make an appearance while Dan Held, Pete Rizzo, and Pierre Rochard experts from the exchange will moderate a special panel session.

During the session, attendees will be eligible to win prizes such as the Oculus Quest headset and Kraken merchandise like t-shirts and more.

According to Kraken, the event dubbed ‘Kraken Block Drop’ seeks to celebrate the achievements of Bitcoin over the years despite global uncertainty around digital assets. Kraken views Bitcoin as a front runner for establishing a better global financial system.

By press time the cryptocurrency exchange was still working on the full list of guests who will make it to the event. The event will also be live through Kraken’s Facebook, Twitter, and YouTube channels.

Kraken is teaming up with Reckless VR which is a top community for hosting virtual reality events discussing Bitcoin. The community meetups are on a weekly with guest appearances from developers from Lightning Labs, BTCPay, and JoinMarket among others. 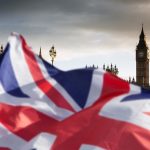