L Brands Inc on February 21 said that it is selling a controlling stake in lingerie brand Victoria’s Secret, Japan Times reports. The company is trying to focus its resources on its core brand- Bath & Body Works.

It will run Bath & Body Works, soaps, and home fragrances brand, as a standalone company from now.

Leslie Wexner, the company’s chief executive who took over the company in 1982 and converted it into an iconic brand, will be stepping down from his position.

Note that the company is replacing the lead independent director and two other directors from the board.

The move can be credited to Barington Capital, an activist investor who acquired a small stake in the company last year. Since then, it is urging the company to split Victoria’s Secret from the fast-growing Bath & Body Works.

It is also pushing for the company to replace Wexner and bring a fresh board in. Barington is an adviser to the company and suggests that the old board contained a majority of men.

“We believe this structure will allow Bath & Body Works to continue to achieve strong growth and receive its appropriate market valuation.”

Victoria’s Secret has become a problem for the company in recent years because of its stagnant business and growing online competition.

L Brands, which is valued at $7 billion, was also criticized for not making Victoria’s Secret more inclusive of different body types and sticking with an outdated brand image.

In 2019, the company earned $13.2 billion in revenue, of which nearly 50% came from the lingerie brand. However, its share in the business has dwindled in the last four quarters. On the other hand, Bath & Body Works is a rising star in its portfolio. 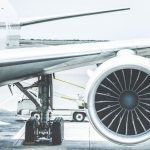