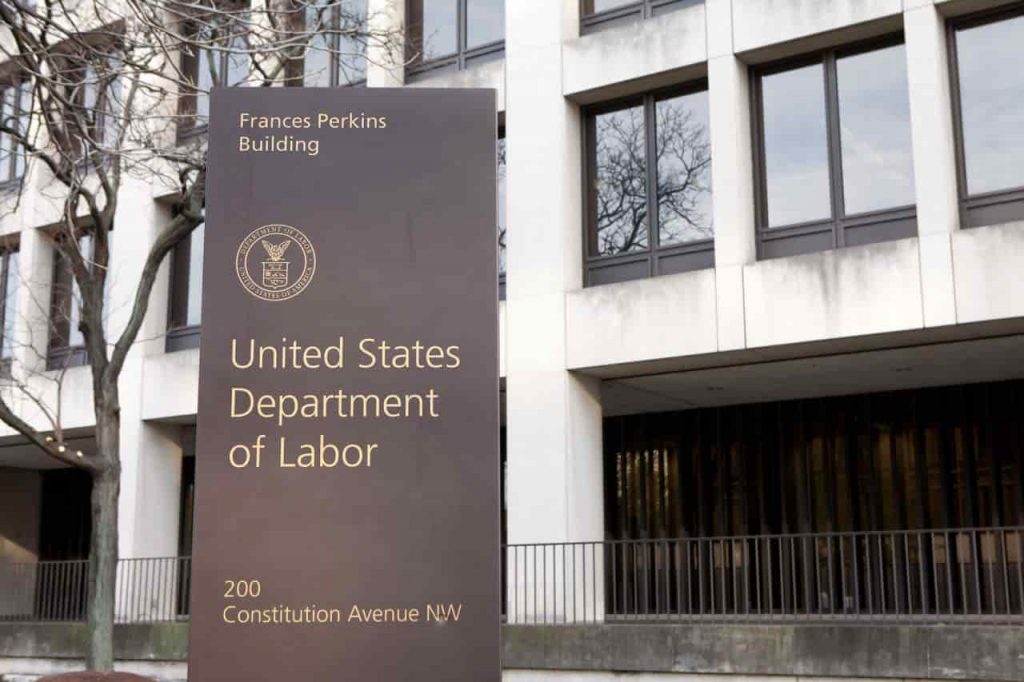 According to a senior administrator at the U.S. Labor Department, the proposal by Fidelity Investments to enable clients to put Bitcoin (BTC) into their 401(k) plans poses a danger to the financial security of Americans.

When asked about Fidelity’s actions, Ali Khawar, acting assistant secretary of the Employee Benefits Security Administration, stated in an interview published by The Wall Street Journal on April 28, “we have grave concerns.”

Mr. Khawar’s division works inside the Labor Department to oversee company-sponsored retirement plans. He said in the interview that he considers cryptocurrency to be speculative.

There is “a lot of hype around, you have to get in now because you will be left behind otherwise,” he said.

Additionally, Mr. Khawar said that he got a heads-up from Fidelity the day before the business announced its intention to offer Bitcoin as an investment option to the 23,000 companies that utilize its 401(k) services.

Fidelity Investments said on April 26 that employees would be able to devote up to 20% of their retirement funds to Bitcoin beginning later this year, with firms such as MicroStrategy already stating that they would allow it.

“For the average American, the need for retirement savings in their old age is significant. We are not talking about millionaires and billionaires that have a ton of other assets to draw down.”

Organizations, individuals, and some municipal governments have just lately started to accept digital currencies for use in transactions, day-to-day commercial activities, and some trading. Some in the business world, however, remain skeptical, particularly in light of recent price volatility and the fact that the federal government has not yet laid out a comprehensive regulatory framework for the industry.

The action by Fidelity, which manages 401(k)-style funds for more than 20 million participants, comes weeks after the Labor Department published recommendations on March 10. The volatility of the cryptocurrency market, as well as the absence of a widely acknowledged valuation methodology, were mentioned by the agency as reasons for the low confidence in bitcoin pricing among investors.

As a result, employers that provide cryptocurrencies can anticipate queries from regulators “regarding how they might square their conduct with their obligations of prudence and loyalty” under federal pension law, according to the Department of Labor’s guidelines.

Transfers and new contributions to Fidelity’s Bitcoin offering will be limited to 20% of 401(k) account balances and salary contributions, according to the company’s strategy, which was announced this week.

Mr. Khawar said that he and his colleagues had planned a meeting with Fidelity in order to clarify some of the issues raised in the March 10 guideline document. According to a senior government official, one of the department’s particular worries was the 20% statistic.