A Latvian developer and artist identified as Ilya Borisov is facing up to 12 years in prison after authorities claimed that his non-fungible tokens (NFT) earnings of €8.7 million are proceeds of money laundering and crime on a large scale.

Through his website dubbed Art is Crime, Borisov detailed how the government had frozen his bank accounts without communicating with him regarding the case.

In the case timeline, the developer who earned the amount from 3,557 NFT releases noted that the case proceedings were launched in February this year, but he was only notified about the matter on May 9.

“This decision was issued on February 10, it says that I should get a copy of it. I received it three months later, ”Borisov said.

Due to a lack of clear crypto tax regulations, the developer stated that he contacted the Latvian State Revenue Service (VID) on how to legalize his income in cryptocurrency. Consequently, he ended up paying €2.2 million under income taxes across 2021.

He paid the taxes after the agency advised him to register as a “self-employed person” and pay taxes on the amount withdrawn in euros.

Notably, he earned money during the NFT boom of 2021 while describing himself among the successful artists in the niche.

Through his lawyer, Borisov managed to challenge the freezing of his bank account, and the court granted him orders to access the money on June 30.

However, the account was never unfrozen, and later it emerged the main investigator on the case had resigned. Interestingly, the new prosecutors who joined the case also obtained urgent orders to seize his property.

As of July 19, he claimed to have shared a complete report of his activities and earning history with the police as proof of the legal origin of his money.

Borisov, a former employee of Meduza, a news website, stressed that none of the prosecutors had made an effort to contact him regarding the process. The developer has since appealed the decision but he anticipates more delays due to the bureaucratic system.

“We filed a protest with the court against the decision to seize my accounts dated July 3, 2022. The protest was accompanied by all available documents from the case and files with all my transactions and my activities as an artist,” he said.

In the case, Borisov had attempted to have the investigator replaced, but the court declined.

Besides the threat of permanently losing his money and serving jail time, Borisov stated that the case has emotionally impacted him, a situation complicated by Russia’s invasion of Ukraine. It had also affected his relationship with other family members with his father passing away before a resolution was found.

As he vowed to keep fighting, Borisov notes that the blockchain had opened endless opportunities for artists to make a living, but they still faced challenges from regulators. 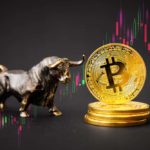