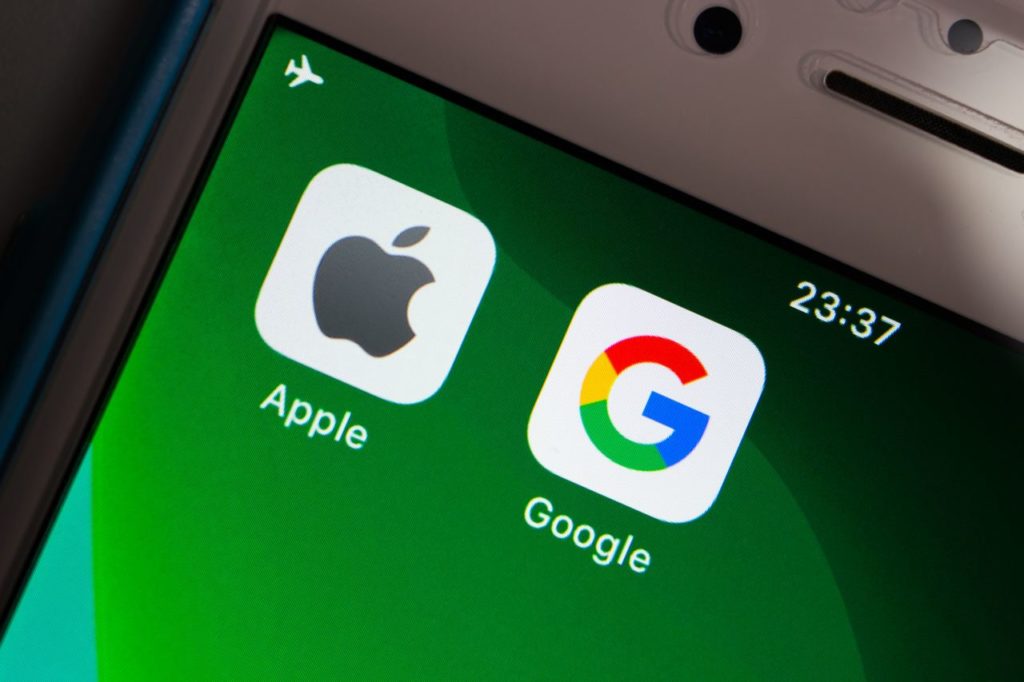 Tech giants Google (NASDAQ: GOOGL) and Apple (NASDAQ: AAPL) are at the centre of an alleged scheme of knowingly enabling the collection of mobile users’ personal information.

The allegations fronted by four democratic lawmakers claim that the two companies designed advertising-specific tracking IDs that were integrating into their respective mobile operating systems, the Wall Street Journal reported on June 24.

Now, the lawmakers have written to the Federal Trade Commission (FTC) to investigate the issue.

According to the letter, the four lawmakers, including Sen. Ron Wyden, Sen. Elizabeth Warren, Sen. Cory Booker, and Rep. Sara Jacobs, noted that the companies should be investigated for what they termed “transforming online advertising into an intense system of surveillance”.

Apple plans on making watches and MacBooks in Vietnam; Here’s how it could boost AAPL stock Walmart secures 1st spot on ‘Fortune 500’ list as Amazon closes the gap in 2nd Google to slowdown hiring citing the company’s not immune to headwinds Recommended Products on Amazon

Notably, last year, Apple issued a new guideline requiring all apps on iOS to seek permission from users to access their device identifiers. However, Google is working towards adopting new privacy restrictions to curb tracking apps on Android devices.

“Until recently, however, Apple enabled this tracking ID by default and required consumers to dig through confusing phone settings to turn it off. Google still enables this tracking identifier by default, and until recently did not even provide consumers with an opt-out,” the letter reads.

The lawmakers claimed that the trackers have resulted in the growth of the unregulated data broker market.

Furthermore, the letter pointed out that the flaws in the OS can significantly infringe on the privacy of individuals seeking abortion services.

“Prosecutors in states where abortion becomes illegal will soon be able to obtain warrants for location information about anyone who has visited an abortion provider,” said Wade.

Wade warns that by using such information, bounty hunters can be incentivised to hunt down women who have attempted to access abortion services in their states.

Amid the tracking allegations, Apple has previously maintained that it does not profit from users’ data. According to the company, its App Tracking Transparency was designed to protect users from being tracked across the web and not benefit its own business.