The Bitcoin Lightning Network is up 226% from the stable baseline of 32,000 channels established throughout 2019-20 and is now at an all-time high with over 72,380 open payment channels, according to the latest data from on-chain analytics platform Glassnode.

Indeed, the data published by Glassnode on September 24 shows that channels open have increased by 226% in 12 months.

It is most likely due to El Salvador’s adoption of Bitcoin as legal currency, with the Lightning Network playing a significant role in the onboarding process, that the network has seen such rapid growth over the past three months.

CEO of MicroStrategy, Michael Saylor, recently stated on Twitter that “Bitcoin on Lightning is the future of global payments.”

In addition to this, Twitter has enabled the function to request tips in Bitcoin through its mobile app, making it the first major social network to promote the usage of cryptocurrency as a form of payment.

As a secondary service, the company is also planning to make it possible for people to connect their cryptocurrency wallets to the service and authenticate the ownership of their NFTs via a special badge.

The business behind it has received funding from Twitter CEO Jack Dorsey, who has been a vocal supporter of the cryptocurrency since tweeting in June that it was “just a matter of time” before the social media platform accepted payments made via the protocol.

Since early this year, Twitter has been testing tipping features; however, tips were not made broadly available until Thursday, September 23, when the service was made available internationally on iOS devices, with Android versions expected to follow soon after.

In addition to Bitcoin, Twitter is adding a feature that will allow people to link their profiles to nine popular traditional payment providers, including Venmo and Cash App, in order to receive tips.

In addition, over the past three months, the network’s public channel capacity has increased by an average of 12.5 BTC per day on average based on further Glassnode data.

As a result, the capacity of public channels on the Bitcoin Lightning Network is continuing to grow at an unprecedented rate, reaching another all-time high of 2,738 Bitcoin on September 23.

Developed on top of the Bitcoin foundation layer, the Lightning Network is a Layer 2 scaling solution that enables for a channel to be opened between two peers in order to defer final settlement until a later time.

The Lightning Network white paper [PDF] was originally published in January 2016 as a proof-of-concept proposal, due to the fact that the Bitcoin base layer has a restricted throughput, which was and continues to be required in order to keep the network decentralized. 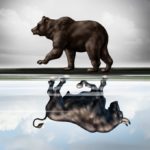