The price of Litecoin (LTC) surged on November 23, with LTC adding over $1 billion to its market capitalization in 24 hours.

Given the increase in the price of Litecoin, pseudonymous crypto trading expert Rekt Capital noted on November 23 that the monthly close for LTC needs to hold above $67 for the cryptocurrency to continue moving higher in December based on the previous upside wicks:

“LTC upside wicks have gone up to as high to the $85-$98 region (blue) before ultimately rejecting there. Price needs to Monthly Close & hold above $67 to move higher next month.”

“$LTC has a history of performing upside wicks (yellow circles) beyond the historical Accumulation Area (green) only to reject deeper into that demand area. To confirm a new macro uptrend, #LTC needs to stay above $67 after a Monthly Close.”

At the same time, given its bullish momentum, LTC/BTC trade has broken out from a macro downtrend dating back to January 2020.

Elsewhere, prominent crypto analyst Altcoin Sherpa noted that after flipping the 200-day exponential moving average (EMA), the next level up for LTC would be $100 if it continues its upward momentum.

“$LTC: Levels here on HTF charts. Crazy moves the last few days, who would have thought #Litecoin would have this type of success? 200d EMA flipped but some key levels are here. $100 would be next lvl up if this continues strongly (still not buying here tho)”

Meanwhile, with the sudden surge in the asset, the crypto social intelligence platform pointed out that on November 22, social engagements reached their highest level in over a year:

Despite the interest around the asset, Finbold reported that the Litecoin community on CoinMarketCap remains bearish on the coin, projecting LTC will trade at an average price of $58.36 by December 31, 2022. Currently, LTC is trading at $10.23, up 11.2% in the last 24 hours, as per Finbold data at the time of publication. 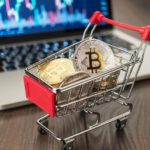