LocalBitcoin highlighted that the cryptographic algorithms which secure Bitcoin are impenetrable at the moment. However, the team points out that with the advent of quantum computing, the Bitcoin algorithms are under threat.

Generally, quantum computing’s emergence is to go beyond the power of traditional computers by utilizing quantum mechanics.

The platform highlights that Bitcoin’s algorithm most risk from quantum computing is its signature algorithm that uses ECDSA (Elliptic Curve Digital Signature Algorithm). The algorithm is deployed to generate public/private key pair to sign Bitcoin transactions securely. According to LocalBitcoins:

“ECDSA uses asymmetric encryption, and the reason for it being secure comes from the need to factor multiple large prime numbers to break the algorithm. Breaking ECDSA and deriving a private key from a public key using current computers would take such an astronomical amount of time that it wouldn’t even be realistic to try it out.”

More room before the quantum threat becomes a Bitcoin threat

However, quantum computers support a parallel calculation. This process can also be conducted more efficiently, and multiple types of attacks then become possible.

The LocalBitcoins team underlines that one of the potential attacks seek to target “re-used” addresses. The team notes that once attackers using quantum computers know about your public key, they can easily derive your private key. This opens the door to spend your Bitcoins.

Notably, LocalBitcoins clarified that addresses that have not been used to send transactions are “quantum-safe because quantum computers can’t read their public key.

However, LocalBitcoin states that current quantum computers are not able to threaten Bitcoin as they operate in labs.

At the same time, experts project that quantum computing machines may begin to break binary-based encryption algorithms within the next decade. Estimates indicate a quantum computer of 4,000 qubits can break a Bitcoin’s code. However, the most powerful quantum computers today operate with around 50 qubits. 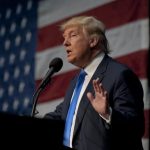 Why investors will potentially dismiss possible legal challenges from Trump