According to Paul, Coffeezilla’s investigation into the alleged CryptoZoo scam was marred with malice accusing the investigative journalist of using his name to gain views and money, he said in a YouTube video posted on January 4.

Additionally, Paul stated that Coffeezilla’s investigation should not carry weight accusing him of being biased while questioning his overall credibility.

Paul, also a YouTuber, warned that he might sue Coffeezilla for misinformation and sharing an “illegal recording.” The recording in question involved a private phone call between paul and his manager Jeff Levin that Coffeezilla had published on his channel.

“I suggest you use the money you got from pumping your Patreon to hire a good lawyer; you’re going to need it. <…> See you in court,” Paul said.

Paul added that he unknowingly hired criminal elements who worked on the projects. He singled out a blockchain developer known as Zack Kelling, who was central to the probe by Coffeezilla. In substantiating the criminal element, Paul alleged that Kelling had multiple run-ins with the law and Coffeezilla had not fact-checked the developer on purpose.

He added that the developer had fled to Switzerland with the source code and held it hostage, for $1 million.

Furthermore, Coffeezilla claimed that developers on the project, who totaled about 30, had not been paid while the game was not playable.

Interestingly, Coffeezilla insinuated that Paul’s team did not invest $1 million in creating the game as initially claimed. Instead, they stole current programming code and passed it off as their own. However, Paul stressed that the team comprised only three developers, and the game was still under development.

Notably, the product in question, CryptoZoo, is a non-fungible token (NFT) game where players can spend zoo coins to buy egg NFTs that hatch into animals.

In this case, once the animals are hatched, players can breed to create hybrids, where the rare the hybrid is, the larger the daily output of zoo coins. Based on Coffezzilla’s project analysis, he summed it up as a cash grab with no intention of delivering a final product.

Paul stressed that he did not benefit from the project, noting that everything can be tracked via the blockchain. 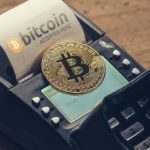