San Francisco-based cryptocurrency exchange Kraken, has suggested that mining operators and long-term holders are actively helping Bitcoin (BTC) surge this month, according to the latest report published by the firm’s intelligence branch.

The intelligence report, named “Shocktober,” reveals various data indicating that the market is expecting a positive outcome in the months ahead. The ongoing holdings accumulation by the major Bitcoin miners and whales causes a supply shock in the crypto market, which is fueling the short-term rise that has occurred throughout this month’s trading.

On the other hand, mining pool participants and small miners have pocketed gains, with the latter being more susceptible to selling due to market fluctuations.

Specifically, a metric known as the 1-year revived supply, which tracks the movements of coins from long-term Bitcoin holders, indicates that these investors are not taking advantage of the current surge as the measure plummeted to 2,293.5 Bitcoin, its lowest level since August.

Another indicator, BTC Hodl Waves, which splits Bitcoin sales by kind of holder, discovered that early buyers of ‘old coins’ (Bitcoins that have been inactive for more than six months) saw their investments increase by 10.9%. Therefore, long-term Bitcoin holders did sell off their holdings during the market drop that occurred in September.

As per Kraken’s findings, two unique patterns have been seen, with large Bitcoin miners such as Riot, Marathon, Bitfarms, Argo, and Hut8 maintaining their Bitcoin holdings even under difficult market conditions. Another indicator, the 0-hop supply, which refers to the addresses that get the mining subsidy straight from Coinbase transactions, serves as proof.

As of September, this statistic has increased by about 50%, with the large mining companies, which are now largely concentrated on American soil, hoarding more than 20.4 thousand Bitcoin, which are unlikely to be sold into the market in the near future, thus adding to the supply shock that has been described.

Nevertheless, small market miners and contributors have sold some of their profits, as seen by the 1-hop supply. This indicator seeks to monitor their activities as part of a mining pool. However, if this tendency were to reverse, it would result in an even greater supply shock, which would see the market reach even higher prices by the end of the year. 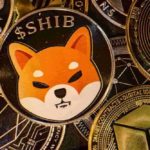