Manchester City, the current English Premier League champions, has started the construction of the world’s first football stadium in the metaverse, with the assistance of virtual reality (VR) specialists from Sony.

In a three-year agreement, City has partnered with Sony, and while the project is still in its early stages, teams of the company’s specialists have already visited the Etihad Stadium to map it digitally and develop a virtual reality version of it as per an exclusive report by inews.co.uk.

The club’s stadium, the Etihad, will be transformed into the central hub of Man City in a VR world thanks to image analysis and skeletal-tracking technology developed by Hawk-Eye, a subsidiary of the tech and entertainment behemoth.

Officials from Manchester City who are working on the project see a day when the virtual Eithad Stadium may be filled many times over, enabling fans who may never travel to Manchester to watch live games from the comfort of their own homes, wherever they are in the world.

Ideas to meet players in the metaverse discussed

Additional concepts being considered include the possibility of fans meeting up with other players in the metaverse, communicating with one another, and buying things that are not accessible in the real world.

“The whole point we could imagine of having a metaverse is you can recreate a game, you could watch the game live, you’re part of the action in a different way through different angles and you can fill the stadium as much as you want because it’s unlimited, it’s completely virtual.”

“I think the traditional image of someone sitting on a sofa, watching a screen, is something we cannot imagine is going still be the reality not even in 10 years, maybe in five years’ time already. Things move much faster than we think.”

If football is a hit in the metaverse, it has the potential to revolutionize the way television rights are distributed.

At the moment, they are sold to broadcasters as part of a Premier League-wide package, but teams are now looking at the prospect of selling them directly to fans, maybe via their own metaverses, in the future. 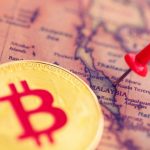