Daimler South East Asia, a part of the Mercedes-Benz Group, announced a data-sharing network based on blockchain technology, which will leverage the Ethereum Layer-2 scalability platform Polygon to launch its product.

A new data-sharing platform dubbed Acentrink, will let businesses purchase and sell and trade data in a decentralized setting. The new platform comes from the partnership between Daimler South East Asia and Polygon. Furthermore, it will allow users to trade different data, including insurance information, clinical trials, and more

On July 27, in a tweet, the co-founder of Polygon announced the partnership with Mercedes-Benz:

While on July 28, the Polygon CEO followed up with a tweet:

“The initiative further showcases the widespread adoption of the Polygon network by top brands. Polygon continues to showcase its potential as one of the top blockchain platforms enterprises can rely on.

With features like ‘Know Your Business’ and other comprehensive access controls, Acentrik was developed with business users in mind from the ground up.

This is most likely not the first blockchain-based data-sharing program that has made use of blockchain technology. On the other hand, rather than the data being saved on the blockchain, a non-fungible token (NFT) is used to represent each dataset.

Users can pay with stablecoins instead of cryptocurrency for the data, although all transactions will happen on the Polygon network. As a result, Polygon gas costs must be paid using MATIC, the network’s native cryptocurrency.

Polygon’s cryptocurrency MATIC has experienced solid gains recently. In the last 24 hours, MATIC’s price shot up by 9.95% and trades at $0.95 at the time of writing.

Although data sharing is a very sensitive matter and often controversial; however, with online services growing, the need for data sharing has exploded across various industries.

Machine learning and artificial intelligence require a lot of data, while businesses possess immense volumes of data without acquiring the full financial benefits of it. That has led to the development of a data marketplace where enterprises can buy and sell data.

This approach allows new tech companies to participate in blockchain-based data sharing initiatives, which helps them gain a footing within a data-driven competitive world and ensures greater security and privacy for users. 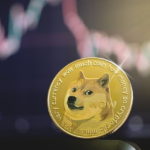