The Justice Department (DOJ) announced on Tuesday, June 21, that it has settled with Meta Platforms (NASDAQ: META), formerly known as Facebook, in a lawsuit over a violation of the Fair Housing Act. The investigation that preceded the settlement was started in 2019 from a discrimination charge by the Department of Housing and Urban Development.

This case represented the first DOJ case to challenge “algorithmic discrimination”, or unfair treatment across a system. According to the lawsuit, Meta’s housing advertising system discriminated against users based on race, color, religion, sex, disability, familial status, and national origin.

Meanwhile, shares of the company ended the trading session down over 4%, despite the settlement, which will force Meta to pay a fine of $115,000 and develop a new system for housing ads.

META shares have seen a precipitous decline since February of 2022, with high sell volumes coming in. Currently, the shares are trading below all daily Simple Moving Averages (SMAs), on slightly elevated trading volumes compared to the averages.

Moreover, the U.S. officials have long accused Meta of discriminatory ad practices, with the secretary of the U.S. Department of Housing and Urban Development at the time, Ben Carson, launching a formal complaint in 2018 against Facebook’s ad systems. For the time being, the company addressed the new changes to their ad system in a blog post.

Despite this settlement, Meta’s legal woes are seemingly not over. Last week, the company was sued in a class-action case alleging that medical data is secretly sent to its core Facebook unit.

Whether these settlements and suits will lead to significant changes in the business models that made Meta successful is yet unknown. Still, there seem to be potential risks for the company in the medium to long term. 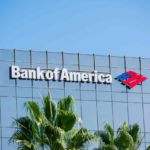 Is Bank of America a buy or is there more pain ahead for BAC stock?