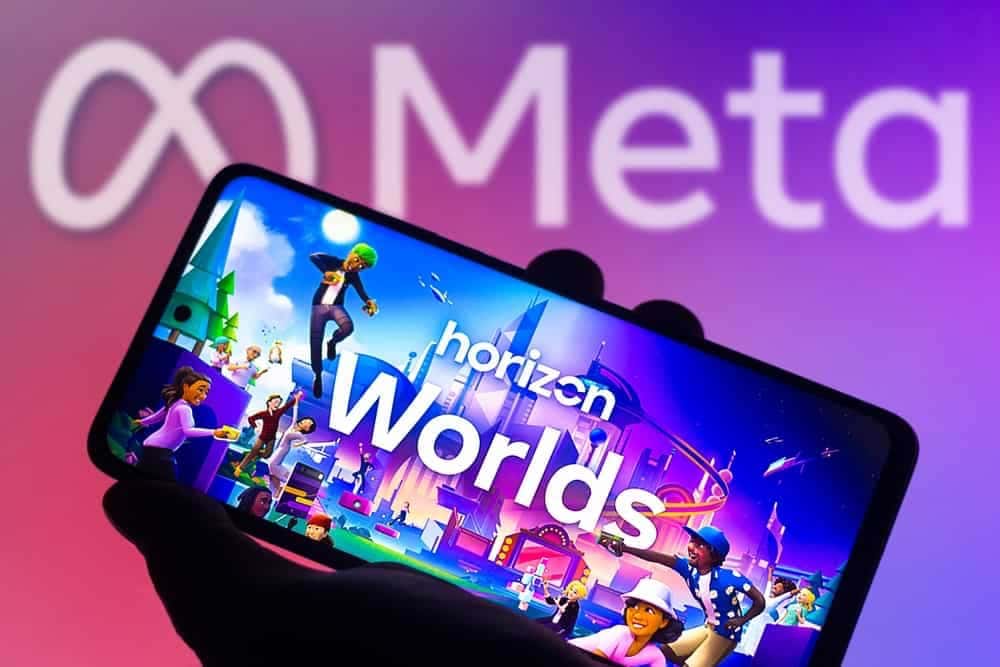 Since rebranding itself as Meta (NASDAQ: FB), Facebook has staked its future on virtual reality by investing billions of dollars annually to develop technology and software that stretches beyond conventional social networking.

During a virtual Meta meeting earlier this week, the company’s chief product officer, Chris Cox, provided staff colleagues with an update on Horizon’s user growth, according to The Verge, citing an employee who overheard Cox’s statement.

Since Horizon Worlds was made available to all Quest customers in the United States and Canada in early December 2021, the company’s monthly user base has increased tenfold to 300,000 individuals.

Mars Inc. files NFT, crypto and metaverse trademarks applications for M&M’s Amazon down over 9% since the stock split; What’s next for AMZN? Nike gets downgraded and announces exit from Russia; What’s next for NKE stock?

It was also announced earlier this week, on February 16, that 10,000 of those worlds have been created so far, and that the Facebook group for creators has more than 20,000 members.

With just a few months having passed since Horizon Worlds was made accessible, it is too soon to say if the platform’s quick growth will continue or whether it will be able to maintain members over time.

Despite this, the growth so far seems to be healthy, especially considering that access to the site now needs an Oculus Quest headset, the most recent of which is the Quest 2 model, which costs $299.

Meta’s CEO, Mark Zuckerberg, said that the company intended to launch a version of Horizon Worlds on mobile phones later in 2022 in an effort to broaden the game’s appeal to a wider audience. Depending on how effectively it works, it might result in a significant increase in membership.

Meta stock declines 34% in a month

Despite the positive numbers around the VR platform, Meta’s performance outside the metaverse is not great in the stock market.

Investors look to the 20-day, 50-day, and 200-day simple moving averages (SMAs) to determine if an asset is in an uptrend or a downtrend. It’s worth mentioning that FB is below all of its SMA lines, which doesn’t bode well; with prices have been falling firmly lately, it is better to avoid any new positions here.

Meta’s fourth-quarter earnings and first-quarter projections included alarming indications that its applications were being used less often and that its advertising revenues were experiencing difficulties.

Meta bulls, on the other hand, claim that the stock, which is now selling at a value that is lower than that of many power utilities, is a good deal, the company’s troubles are fixable, and that sales and earnings growth will pick up speed in the second half of 2022.